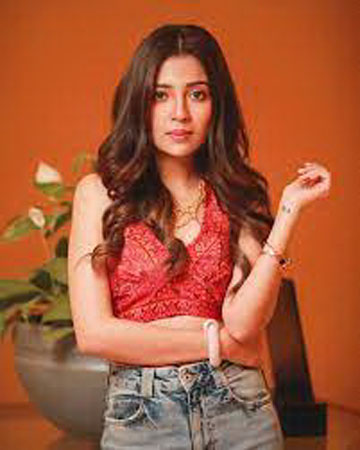 There are a few actors and actresses who have earned much popularity through working in the digital medium, and one such personality is Barkha Singh.

The “Engineering Girl” star has had a fun-filled and successful year so far. She began the year working with the much-acclaimed director Subash Ghai in his movie ’36 Farmhouse’, where she got the opportunity to showcase her acting chops alongside actors like Vijay Raaz and Sanjay Mishra.

Recently, she has also been receiving much praise for her role in the second season of “Masaba Masaba”, a webseries on Netflix starring Masaba Gupta, daughter of actress Neena Gupta.

The actress as remained a regular figure in web series and shows on youtube and became famous for shows such as Engineering girls, Home sweet Office etc.

The birthday girl, who has a great many followers and who are eagerly waiting to wish her,is currently focused on publicising her next performance in The Great Wedding of Munnes, which will be released on August 4th, 2022.