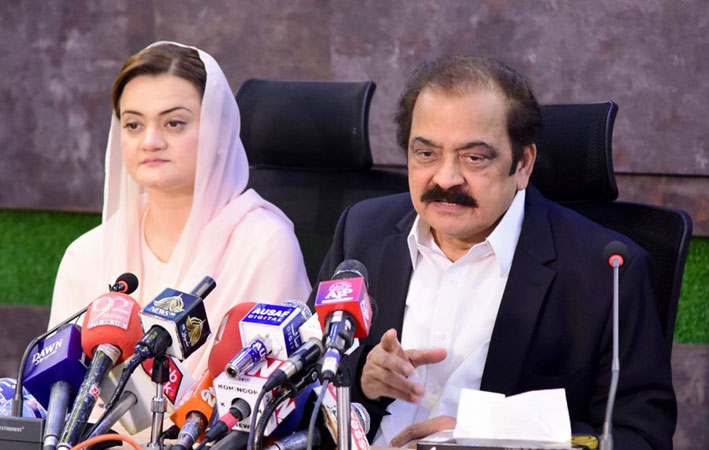 Interior Minister Rana Sanaullah Wednesday warned that strict action will be taken if the PTI activists and supporters tried to enter the Red Zone.

The PTI has announced to stage a protest outside the Election Commission of Pakistan (ECP) on Thursday (today).
The interior minister issued the warning while addressing a press conference along with Information Minister Marriyum Aurangzeb in the federal capital.

“P TI wants to spread chaos in the name of protest,” Sana said. He said the government had received reports and found statements of Khan and Fawad Chaudhry regarding their plans of creating anarchy outside the Election Commission. He said the PTI could attack the Election Commission; however, they should remember that the Islamabad High Court had imposed restrictions on staging protests in the Red Zone.

“Protests are strictly prohibited in the Red Zone and if someone tried to enter the area, they shouldn’t complain about the consequences of their actions later,” he said. He said there were some selected venues where the PTI could stage a peaceful protest, as it was everybody’s right in the democratic era.The interior minister reiterated that neither will anybody be allowed to protest outside the ECP nor will the government let anybody take the law into their hands.

According to the court orders, protests can be held in H9 and F9 parks, therefore, complete security will be provided to the protesters at the designated venues. Commenting on the ECP’s verdict in PTI’s foreign funding case, Sanaullah said: “Following the announcement of the verdict, the party has been declared a foreign-aided party. Khan took foreign funding and spread political anarchy in Pakistan,” he said, adding that the PTI chairman is spreading hatred in Pakistani politics. Regarding the cabinet meeting scheduled later this week, the interior minister said some important decisions will be taken regarding the “foreign agent”. “The ECP, in its verdict, has highlighted various crimes committed by the PTI and has also mentioned the anti-state and money laundering factors,” he maintained, adding the coalition government is reviewing the verdict to identify the involvement of other relevant sectors.

The interior minister said that the decision on adding names to the Exit Control List (ECL) or arrests will be made accordingly.He added that the PTI chairperson issued a call for the protest after hearing the verdict of the ECP. “It is our request that the reference [filed by the PTI challenging the decision] should be heard by a full court,” he said.

In a tweet, Sana also said that there was apprehension of “PTI miscreants attacking ECP”, hence a ban had been imposed on protests in the Red Zone. Sanaullah’s statement comes hours after senior PTI leader Asad Umar reminded supporters to protest outside the ECP offices in Islamabad, Lahore and Peshawar on Thursday (today) against the commission’s verdict in the prohibited funding case.

“If the government has the mandate to declare PTI as a foreign-funded party and present its reference before the Supreme Court […] And if the court upholds it […] the cabinet will proceed on it.” However, he went on, if the Federal Investigation Agency (FIA) or the police have jurisdiction, they will proceed accordingly. “Work is being done on that. Requisite time will be taken to decide on this case,” Sanaullah said. He also stated that PTI leader tried to “build a narrative” to show that the decision came out in their favour. “Fawad Chaudhry is trying to manoeuvre a point that there is no mention of foreign funds. But the verdict shows that [PTI] is foreign-aided. Now there is no room for them to get out of this.” The minister added that the party would fulfil its legal responsibilities and do that as per law and not on the basis of personal grudge. 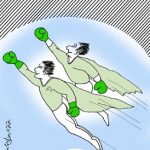