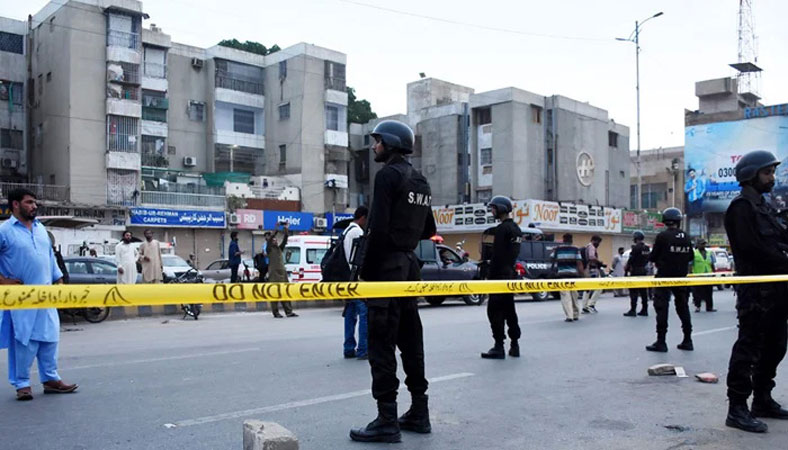 Two policemen were martyred in a grenade explosion inside the police headquarters in the port city’s Garden area, a private TV channel reported on Wednesday. The explosion took place inside the ammunition depot of the police headquarters, resulting in the martyrdom of two personnel and injury to two others. The martyred cops were identified as constables Sabir and Shahzad, while the injured person was the arms depot in-charge, inspector Saeed. Police officials said that investigation is underway and the bomb disposal squad has been called in. Speaking to journalists, South Deputy Inspector-General Sharjeel Kharal said that his staff had two grenades and one exploded in the hands of a member. Confirming the death of two officials, DIG South termed it “a sad incident” adding that an inquiry will be conducted.