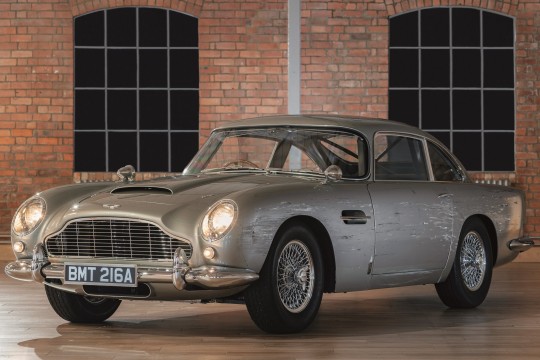 Fans are all excited as No Time To Die stunt car is up for sale at James Bond’s charity auction. Aston Martin DB5, the genuine stunt vehicle, used during Daniel Craig’s last outing as 007 in 2021, complete with the (mock) scratches it obtained during the film’s dramatic opening chase scenes in Matera, Italy.

One of eight DB5s built specifically for James Bond, and recently rendered in Lego, this model is one of few to also feature Bond’s No Time To Die-specific gadgets, such as the headlight machine guns (obviously non-operational).

Auction house Christie’s reports that it is the first Bond stunt vehicle available to the public by Aston Martin and EON Productions, with an estimated price tag of a cool £1.5million to £2m.

All proceeds of the auction, put on to celebrate 60 years of Bond onscreen, will be split between charities with the funds from this sale going to The Prince’s Trust and The Prince of Wales’s Charitable Fund.