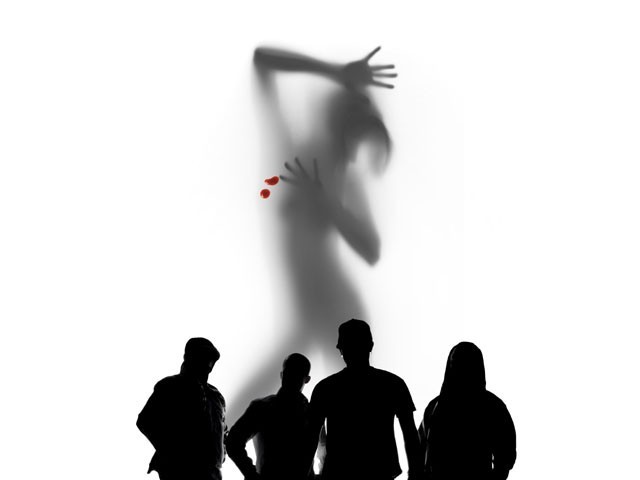 On Wednesday, four men were detained by police in Khanpur for raping and blackmailing a girl after making an obscene video.

According to reports, a female first-year student who lived in Chak 70, Feroza, within the boundaries of the Sadr police station, once invited a male acquaintance over to her home. The accused also sneaked into the house unnoticed.

The accused then made inappropriate movies while holding the man and the girl hostage. They also beat up the man named Mubashir.

The accused then started blackmailing the girl and raped her. The girl went to the police station and registered a complaint against them.

According to a police official, DPO Akhtar Farooq responded to the complaint right away and instructed his officers to take the suspects into custody.

More than 80 people arrested following a gang-rape of eight South African women appeared before a court on Monday, as the police minister described the assault as the “shame of the nation”. A gang of gunmen forced their way into a music video shoot near a mine dump in Krugersdorp, a small town west of Johannesburg, on Thursday. Eight young women from the cast were raped in an incident that has shocked the nation, which is usually used to violent crime.

“What happened in Krugersdorp is just a shame of the nation,” Police Minister Bheki Cele told a press briefing on Monday, adding some of the victims would suffer long-term consequences. “Some of those destructions are permanent with those kids,” he said. The gang attacked the crew and cast while they were offloading equipment and preparing the set, according to police. Police have blamed illegal immigrants working in mines — known locally as Zama Zama — and arrested 84 people during a swoop in the area. Two more suspects were killed in a shoot-out with police and a third one was wounded and taken to a local hospital, police said.

On Monday, those held started to appear before a court on charges of entering the country illegally and possessing stolen goods. National police chief Fannie Masemola said a probe would establish if the suspects were linked to the rape. No one has been charged as yet over the gang-rape. A small group of demonstrators gathered outside the court demanding swift justice. Some held signs reading “no bail for rapists”, “am I next” and “my body is not a crime scene”, according to an AFP journalist.