PTI to challenge verdict in court 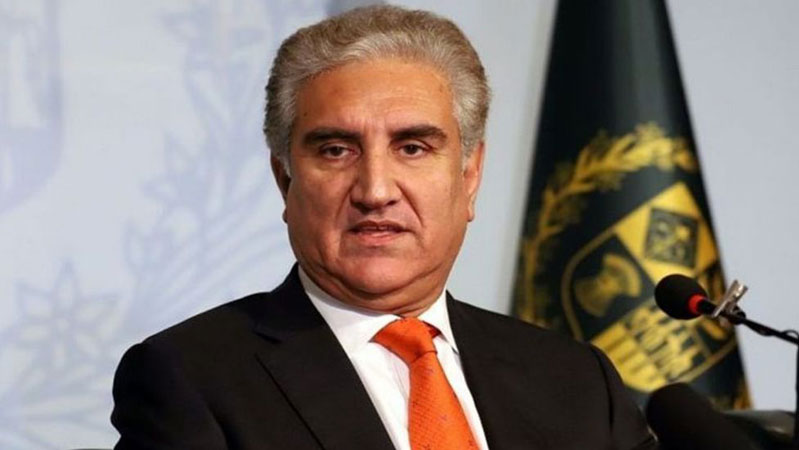 The Pakistan Tehreek-i-Insaf (PTI) Tuesday rejected the ruling of the Election Commission of Pakistan (ECP) that the party had received prohibited funding. Defending the party, former foreign minister Shah Mahmood Qureshi said the PTI will challenge the Election Commission’s verdict in the court, using political and legal means. The PTI leader said that the party met all the criteria and submitted all the evidence to come clean.

“Today’s verdict proved that there was no foreign funding case. The media trial going on for years has finally come to an end today.” Qureshi said that his party had objections against the Election Commission for not being impartial. “We provided everything that the Commission asked us to; however, it did not seek any evidence from the other parties,” he added. “We demand action against those parties that received funding from former Al-Qaeda chief Osama Bin Laden and Libya. They should also be held accountable,” he said.

The former foreign minister added that the coalition government had wished that the PTI should be nullified. However, “God once again made Imran Khan victorious and the government had once embarrassed itself”, he said. Former planning minister Asad Umar dared the Commission to upload the account details of PTI on its website, including those of PML-N and PPP. Taking a swipe at the coalition government, Umar said that he wants to offer his condolences to those who were hoping that the PTI would be banned and who were waiting for the PTI’s politics to end.

“We have revealed all the accounts mentioned by the ECP,” said the former minister. “The Commission has mentioned Khan’s false affidavit. The Political Parties Act 2002 mentions a certificate and not an affidavit,” he said, adding that the ECP has violated the Supreme Court’s verdict.”

In a press conference following the verdict, PTI Senior Vice President Fawad Chaudhry said overseas Pakistanis raised funds for the PTI and the ECP had acknowledged their narrative that it does not come under “foreign funding”. In the next phase, the PTI will prove that the 16 accounts are legal, adding that these accounts are “subsidiary accounts,” Chaudhry said. “No party has the right to hide its funding from the people,” the PTI leader. He demanded of the election body to announce its verdict in the funding case against PPP and PML-N after the PTI.

Fawad said that the party will challenge the ECP’s decision to seize 16 of the party’s bank accounts. Chaudhry said that the PTI is the only party that runs on donations from the public while other parties have billionaires as their backers. He claimed that the overseas Pakistanis gave PTI donations. “Don’t know why Pakistan Muslim League and Peoples Party have become overseas Pakistanis’ enemies,” he asked. There are two parts to the case. First is it a foreign funding case, our stance from the beginning has been that it’s not a case of foreign funding, said Chaudhry. We had no hope from the ECP, but it also reached the decision that the case is not of foreign funding, he said. The second part of the case was that the party did not declare 16 of its bank accounts, he explained.