It’s not over yet!

* Dozens of people killed, hundreds of houses damaged in floods triggered by heavy monsoon rains in several districts of KP 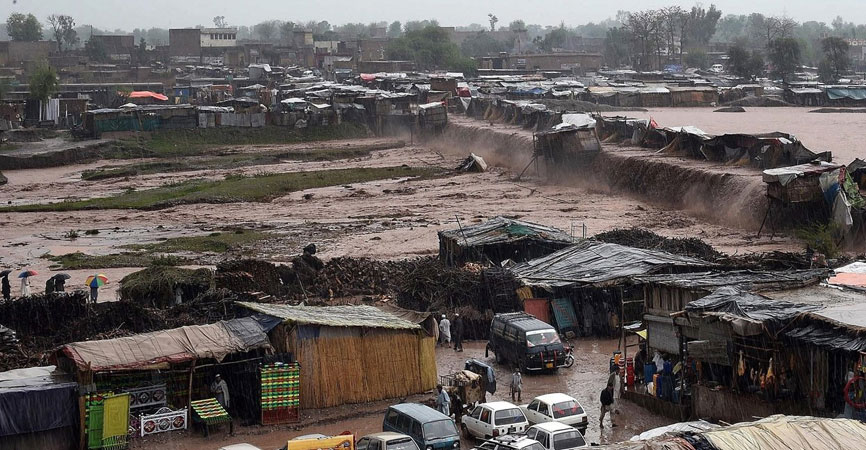 The floods triggered by heavy monsoon rains has killed dozens of people and injured several besides damaging houses and infrastructure in various districts of Khyber Pakhtunkhwa.

According to the Provincial Disaster Management Authority (PDMA), heavy rains have destroyed houses and infrastructure in Khyber, Buner, Swat and other districts of the province. Torrential rains also caused land and mudslides in several areas blocking roads. The closure of roads was reported in upper parts of Hazara division as well. 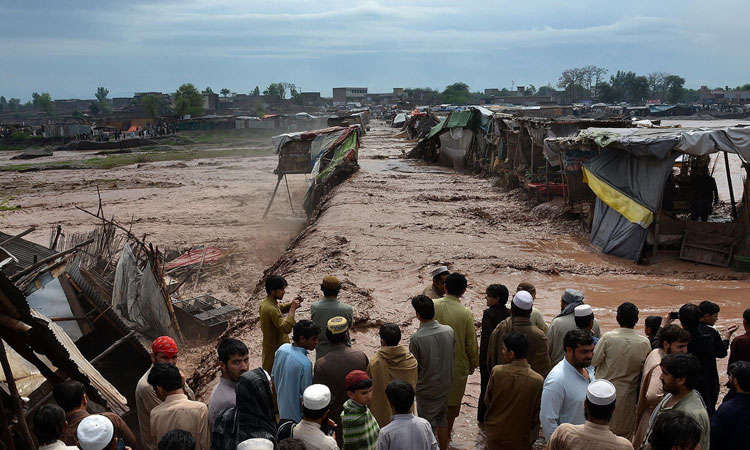 The downpour also caused rivers and canals to swell besides blocking roads and suspending telecommunication services.

The rainwater also damaged standing crops. An Upper Kohistan bridge linking Khyber Pakhtunkhwa with Gilgit-Baltistan by the Karakorum Highway was swept away in flash floods early on Monday. However, no damage to public life was reported. Local deputy commissioner Mohammad Asif confirmed the bridge’s destruction and said vehicular traffic between KP and GB had been suspended. The residential quarters established alongside the Ichar Nullah by the Chinese workers of the Dasu hydropower project were swept away along with their machinery, trucks and dumpers in the swollen nullah. However, no damage to human life was reported. 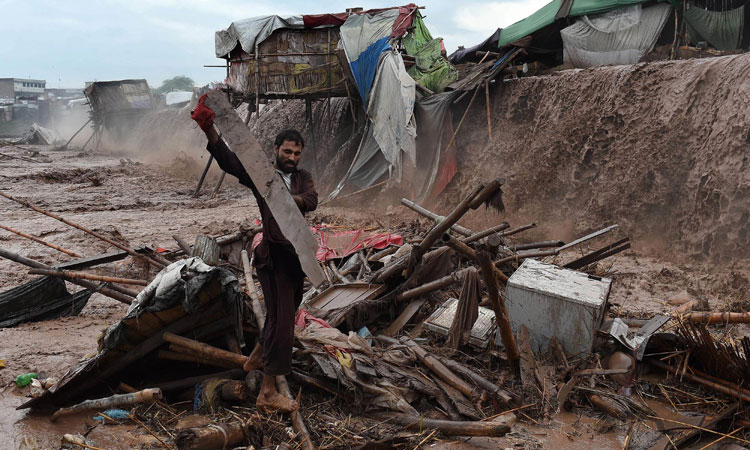 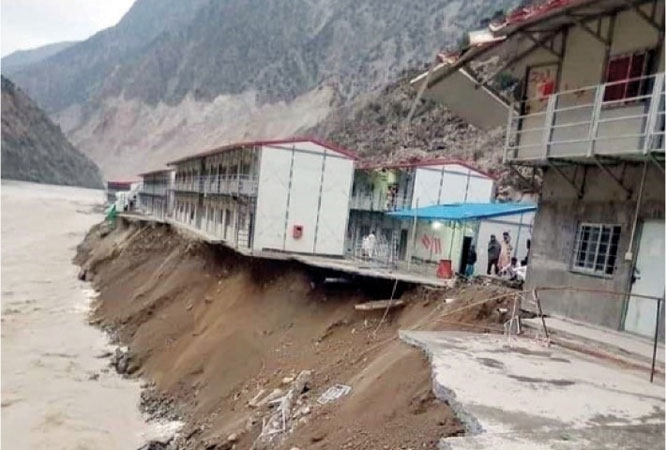