* Kaia and Austin first sparked relationship rumours late last year, with the two confirming their romance in January after they were spotted
looking cosy in photos of them 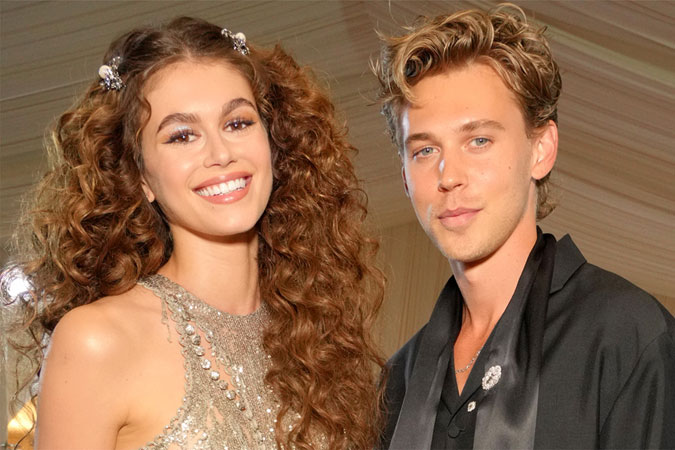 We feel the temperature rising after seeing these sultry photos of Kaia Gerber and Austin Butler. The model made a subtle cameo in Elvis star’s cover story for VMAN 49 Fall/Winter 2022 issue-and their burning love is ever present. In one black-and-white snap included in the new photo shoot, Austin’s back is towards the camera as two pairs of arms are seen loosely wrap around his neck. Although you can’t see exactly who’s embracing the actor, a small hint is given thanks to the appearance of Kaia’s delicate wrist tattoo that reads “I know” with the words crossed out by a singular line.

Kaia and Austin first sparked relationship rumours late last year, with the two confirming their romance in January after they were spotted looking cosy in photos of them out and about in Los Angeles. Since then, the 20-year-old hasn’t been shy about making it known she’s her 30-year-old boyfriend’s biggest fan.

Case in point? The passionate kiss they shared at the 2022 Cannes Film Festival premiere of the film in May. At the event, the couple held each other’s heads with both hands before locking lips in the middle of the crowd in a move that looked straight out of a movie scene.

Of course, it’s easy to see why Kaia was so proud of Austin during the moment. The star recently spoke about how in stepping into Elvis Presley’s shoes he realized how the legendary musician’s life mimicked that of his own.

Soon after taking on the role, Austin fully dedicated himself to doing the part justice.

“[I] wallpapered the entire apartment with images and a timeline of Elvis’s life,” he said. “I’m extremely grateful I had the film and the, for lack of a better word, obsession with Elvis to occupy my days. It gave me the feeling that there was a reason to get up every morning.