Humayun Saeed wishes to create a film like ‘Marriage Story’

* Eid releases are the perfect solution to combat changing consumer behaviours, especially with the rapidly growing preference for OTT platforms witnessed during the pandemic 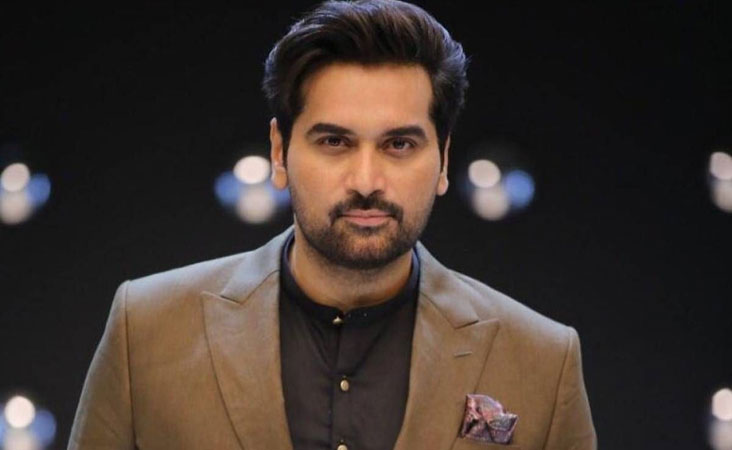 *Film lovers are convinced the on-screen chemistry between Mehwish Hayat and Humayun Saeed remains unmatched after the actors graced the silver screen for the fourth time together.

Saeed, playing the man not afraid to show he’s in love, and Hayat playing the charming woman who’s hard to get, their chemistry in London Nahi Jaunga has won over movie-goers and the box office. It is without a doubt that their films, full of romance, music, and a great hook, have played a significant role in breathing new life to the local cinema. As Saeed and Hayat promote their new hit, movie-goers are given a glance into this new phase of the film industry.

Eid releases are the perfect solution to combat changing consumer behaviours, especially with the rapidly growing preference for OTT platforms witnessed during the pandemic. On top of that, the country’s wavering economic conditions have once again made the future of local cinema uncertain. However, our actors continue to persevere as Saeed declared, “I’ll be happy even if our film makes around Rs 250 million. At least, we’ll have put ourselves on the map.”

Hayat said that the momentum built after the revival of Pakistani cinema since 2012 got disrupted due to the pandemic, and it is only now that the mission of bringing movie-goers back to the cinema has begun. According to her, “A cinematic movie will always be a cinematic movie, and it’s supposed to be watched in the cinema.” Saeed provided an example of his pre-COVID film Jawani Phir Nahi Ani 2, grossing Rs. 70 crores worldwide after being shown on only 150 screens, becoming the highest-grossing Pakistani film globally as well as at the local box office.

Saeed said that while he “would love to back a project that pushes the envelope – something offbeat like Marriage Story – but right now my focus is feel-good commercial cinema because that’s the only way to get the industry back on its feet.” While the actor is hopeful the industry will be able to pursue projects more ambitious in execution and story-telling in the future, his present focus remains on creating entertaining films that the masses can enjoy to help the industry regain its footing.

Releasing films on the occasion of Eid is a tried-and-tested strategy used by the local film sphere to maximise viewership and box office hits. According to Saeed, “Eids are generally considered profitable for cinema as people turn out in large numbers on these festive occasions, and film business picks up remarkably.” Movie-goers always opt for films full of romance and humour instead of action-packed thrillers, especially since Eid is a family-filled event.

According to Saeed, his movies are called Eid films specifically for their entertainment value, which he pays special attention to as a co-producer. As both London Nahi Jaunga and Quaid-e-Azam Zindabad were released this Eid, both films instantly proved to be feel-good hits.

Unveiling the secret behind their incredible chemistry, Hayat revealed that it boils down to professionalism and their close off-screen friendship. She said, “It’s always a balance in creating something together. And when you’re on the same page, creating something together as professionals, as passionate artists, I think it naturally comes up. And the scenes, the characters we have done, have always been quite full of fire and a lot of emotion. I think it’s everything just mixed together, and that’s how we’re able to build that chemistry.”

Agreeing with Hayat’s sentiment, Saeed added that it’s also the writer and director to be accredited, especially the direction of his long-time collaborator, director Nadeem Baig.

The actors also conveyed how important it is for female-centric films like London Nahi Jaunga to be at the forefront of Pakistani cinema. Hayat pointed out that while dominant female characters appear on the small screen, the narrative gap grew more prominent on the silver screen. The actors commented on how local films should be a reflection of the strong, self-assured women leading society in Pakistan.

While London Nahi Jaunga is a love story, it boasts a more meaningful message beyond the surface. Saeed’s films have been known to subvert the trope of the female lead uprooting her life for a man, with Saeed’s characters always being the pursuer of the headstrong woman who knows what she wants.

Taking forward the epic love story of the film, the actors light-heartedly discussed their views on true love in the age of Tinder and speed dating. Hayat said, “I’m very old-fashioned when it comes to love and all. I’ve never been on Tinder or any dating app. Even if I were not an actress, I wouldn’t have been on those apps because I don’t believe in the idea of love being so easily approachable. It’s like choosing some food from a menu.”

While Hayat desires love expressed through letters and personal phone calls, Saeed lightly admitted that for him, the definition of love is quite simple: love is family.