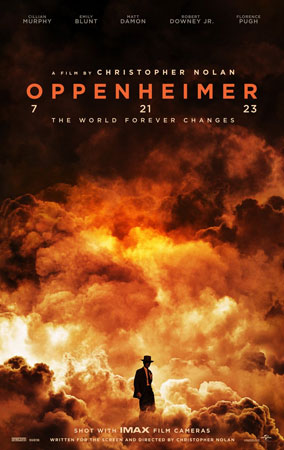 Christopher Nolan, the filmmaker who has given the world movies such as Interstellar, Inception and Dunkirk, is back with a bang.

The teaser for his much-anticipated upcoming film, The Oppenheimer, has been released, and it appears that it will be similar to any other Nolan film.

It is big, made for the silver screens and promises to be a visual delight for all moviegoers. The Oppenheimer teaser has already got the fans, especially the fans of the filmmaker and they took to social media to express their excitement about the film.

The film is based on the life of controversial physicist J Robert Oppenheimer, who during World War II worked with a team of scientists under the Manhattan Project, led to the development of the atomic bomb.

The movie stars Cilian Murphy, who is most known for his character ‘Tommy Shelby’ in the hit BBC series Peaky Blinders, in the titular role.

It also has great set of supporting casts with some big names working on it such as Robert Downey Jr, Matt Damon and Emily Blunt.

The movie was announced not long after Nolan’s last movie, The Tenet, which opened in cinemas during the pandemic. It marked one of the rare occurrence in the Nolan’s filmography as the movie was met with a mixed response from the critics and some of the fans. A good number of people also complained about the sound quality of the film but even it was able to draw a significant number of people to the theatres.