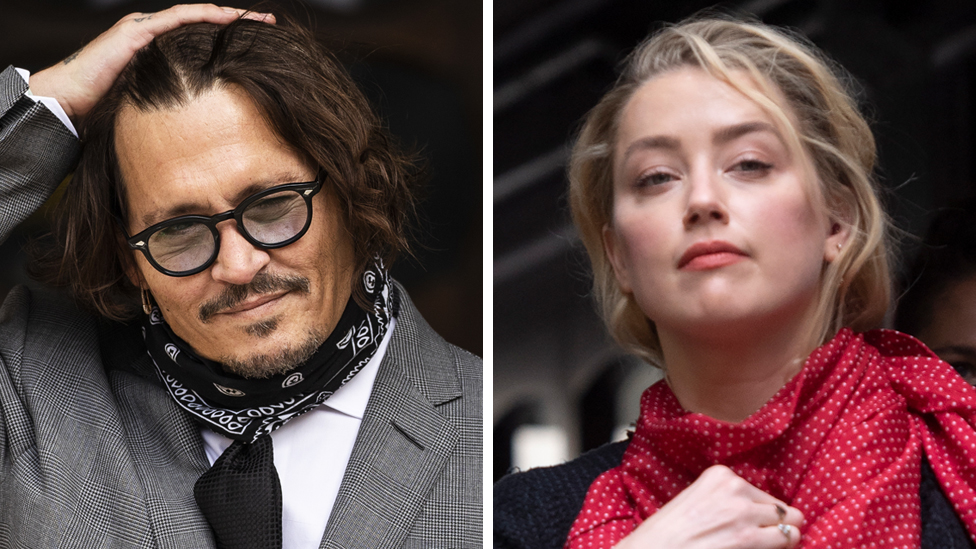 In the legal documents seen by Newsweek, the Aquaman actor’s attorneys talked about the Pirates of the Caribbean star’s medical condition, saying it is “absolutely relevant” to “sexual abuse.”

“Though Mr. Depp would rather not disclose his erectile dysfunction condition, such condition is absolutely relevant to sexual violence, including Mr. Depp’s anger and use of a bottle to rape Amber Heard,” the motion read.

“Mr. Depp’s erectile dysfunction makes it more probable that Mr. Depp would be angry or agitated in encounters with Amber Heard, and that he would resort to a bottle,” it added.

But, Depp’s hotshot legal team responded to the claims saying that Heard “wants a circus, and clearly intends to take this trial down a number of unnecessarily salacious rabbit holes, including and especially with respect to Mr. Depp’s medical history.”

During the former couple’s defamation trial that lasted for six long weeks, Heard tearfully told the court during her testimony that Depp allegedly sexually abused her with a vodka bottle and even threatened to “carve up” her face with it during a fight in Australia in 2015.

However, debunking her claims, her ex-husband dubbed the allegations as “heinous,” “ridiculous” and “humiliating,” adding that, “No human being is perfect, certainly not. None of us.”

“But I have never in my life committed sexual battery, physical abuse, all these outlandish, outrageous stories of me committing these things and living with it for six years and waiting to be able to bring the truth out,” Depp said during his testimony.

Amber Heard sells her California home to pay Johnny Depp in order to compensate Johnny Depp for his losses. She sold her house for a whopping $1.05 million and generated a profit of roughly $500,000.

The Yucca Valley Home was purchased by the Aquaman star through an anonymous trust in 2019 for $570,000, according to Zillow property records.

The actor’s Southern California property helped her earn a big profit of $480,000 after she sold it for $1.05 million which is 75% of the amount Heard got the house for three years ago.

According to TMZ report, the new owner of the home has acknowledged that he communicated with Heard’s representatives but never with her directly.

Amber Heard sells California home to pay Johnny Depp. The actor is reportedly trying to reshape her life and move away from the vicinity of Hollywood and the excessive media attention.

Heard filed the notice to appeal the court’s decision in the bombshell defamation case which ruled that she indeed defamed her former husband in op-ed she wrote for The Washington Post.

Expressing her disappointment post-verdict, the 36-year-old actor wrote on Instagram, “The disappointment I feel today is beyond words. I’m heartbroken that the mountain of evidence still was not enough to stand up to the disproportionate power, influence, and sway of my ex-husband.”

“I’m even more disappointed with what this verdict means for other women. It is a setback. It sets back the clock to a time when a woman who spoke up and spoke out could be publicly shamed and humiliated. It sets back the idea that violence against women is to be taken seriously,” she added.