‘Acceptance’ — a life turned upside down by a flawed system 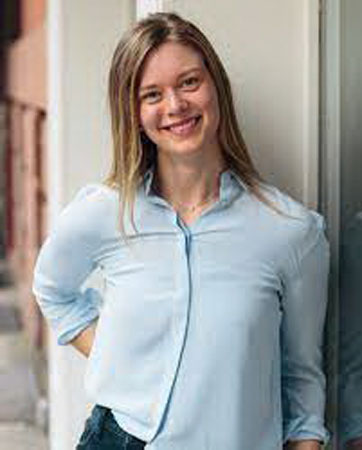 Overcoming adversity is a classic plot arc among recent blockbuster coming-of-age memoirs – from Tara Westover’s “Educated” to Viola Davis’s “Finding Me” to Cheryl Strayed’s “Wild.” It’s a satisfying story type, and often a deceptively tidy one. With her debut memoir, “Acceptance,” Emi Nietfeld enters the genre ambivalently, paying careful attention to what gets elided in stories like hers that show the cruelty of a society that makes survival contingent on excellence.

“Acceptance” traces Nietfeld’s childhood at the mercy of flawed systems and flawed people. Her home life, as she describes it, was never functional, but became untenable by the end of grade school. Her mother was a charismatic, intelligent crime scene photographer whose hoarding problem and irrational behavior were so severe that Nietfeld wasn’t safe at home. Her mother took her to a series of doctors, insisting Nietfeld be medicated for A.D.D. though she didn’t have trouble focusing. “The pediatrician gave me Concerta. When I freaked out, I got Xanax. After a few weeks of Wellbutrin, my mom fed me her leftover Adderall.” Eventually she was on antipsychotics. “‘Come to the house,’ I begged the adults, sure that if anyone saw how we lived, they’d understand why I was increasingly miserable,” Nietfeld writes. “No one came.” At 13, she attempted suicide and landed in a psychiatric ward, which she loved for its clean air, “endless hot water, the meals that came on trays. As soon as I got home, I wanted to go back.”

Psychiatrists taught her that most of her problems were self-inflicted; she needed to learn “radical acceptance.” In her group therapy room, a photocopied sign read, “‘Not accepting pain = suffering’ … insisting that our misery was a choice.” Patients were trained to complete G.E.D.s and look for minimum-wage jobs in the local paper, but when Nietfeld pointed out that “the only way to balance our sample budgets was to allot $32 a month to health care” and one of her prescriptions cost $1,000, the counselor suggested Nietfeld was “catastrophizing.” When she fretted about college prospects, she was scolded for avoidance. When she voiced her lurking suspicion that she had been doubted, confined and forcibly medicated because the doctors and social workers found this easier than taking on her mother, she was told to “focus on what you can control.” Over and over, she struggled to discern which aspects of her situation she was supposed to accept (as immovable fact, or as just deserts) and which she was supposed to fight. 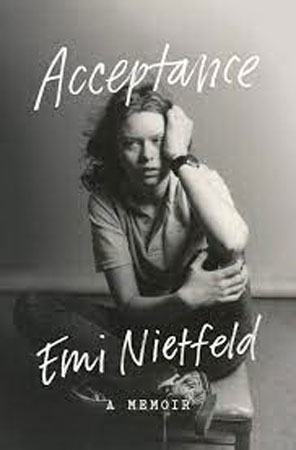 Nietfeld is a fighter by nature, and she understands that her future depended on her ability to excel in school to be a kid whom a different kind of institution might take a chance on. Through psychiatric inpatient care, foster care and then homelessness, her goal was an acceptance letter to Harvard, which to her symbolized safety and credibility. Much of the book traces Nietfeld’s dogged pursuit of that dream, as she dutifully learned the rules of each system (social, academic, legal) that ensnared her so that she could negotiate, bluff and study her way out. But when she “made it” Nietfeld opens the book in her late 20s, as a Harvard-educated engineer she found herself unable to understand her story as one of triumph.

Nietfeld’s story is a detailed critique of the American fantasy that poverty, illness or any other adversity can be conquered through sheer grit and bootstrapping ingenuity; and of how and to whom our society apportions help. While Nietfeld manages to pull off the impossible, she acknowledges being pretty and white was a determining factor in her success, the effort leaves her feeling nauseated and compromised. Her Ivy League education was the result of her performance of the right kinds of skill, and as the right kind of victim: A history in foster care is appealing to scholarship committees, she discovered. Psychiatric wards and sexual abuse are not.

Despite the narrative’s inconsistent pacing exhaustively detailed at points and conspicuously glossed over at others. Nietfeld’s gifts for capturing the fury of living at the mercy of bad circumstances, for critiquing the hero’s journey even while she tells it, make “Acceptance” a remarkable memoir. At every turn she asks us to remember the cost of success stories like hers: This all might make for a great story, but it does not make for a very nice world to live in.