Yolanda returns to social media following her struggle with depression 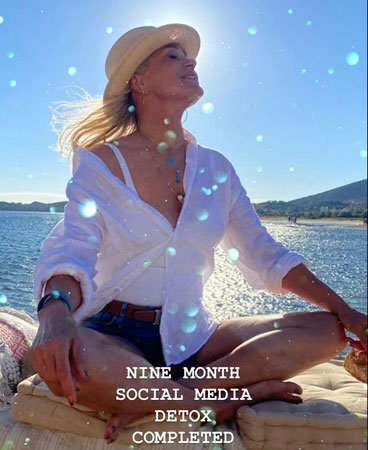 Yolanda Hadid returned to social media following a nine-months hiatus as she revealed that she battled with depression and Lyme relapse after her mother passed away.

Taking to Instagram, mother of supermodels Gigi Hadid and Bella Hadid penned a long note on the emotional stress she suffered how time away from phone helped her “re-evaluate” her life.

“After the loss of my mother I really struggled with depression followed by a Lyme relapse,” Hadid wrote about her mother Ans van den Herik death. “The emotional stress and grief strongly affected my immune system. “My phone addiction didn’t help either, it started to take so much time away from being present in my life. It’s so easy to get lost in other people’s stories while forgetting to live and love your own,” she added.

“Texting is so much easier then picking up the phone and calling someone. We are all guilty of it,” Hadid wrote before adding, “I realized that we are slowly starting to lose the art of communication and its creating a deep loneliness within us.”

She further noted that her much needed social media break has been “wonderful reset” as it helped her “break the habit of picking up my phone 50 times a day.”

“Learning to focus on myself, my health journey and being present in this moment of my life,” Hadid revealed. “Time has slowed down and feels a lot calmer, more time to just sit and actually read a book, time to reconnect with people, be creative and most importantly time with my family.”

Hadid signed off as she added, “I am excited to be back and see what you’ve all been up too.”