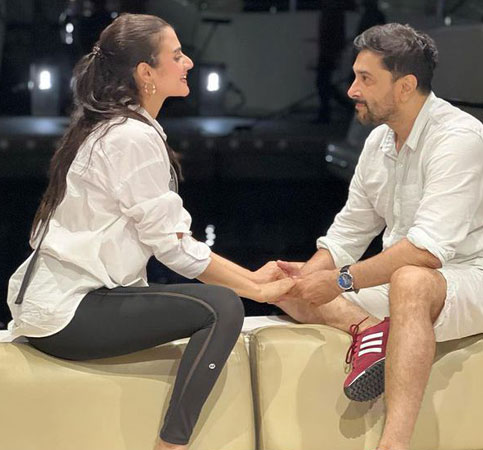 “Mani Pakistani I love you,” the caption of her Instagram post read. The viral pictures got thousands of likes from the application’s users.

Netizens wrote heart-warming comments. Here’s what they had to say.

“You both looking gorgeous.”

The Do Bol star is one of the most followed social media celebrities with millions of viewers. She takes to the visuals-sharing platform to post family pictures and BTS of projects.

It is pertinent to mention that Hira Mani married Salman Saqib Sheikh in April 2008. They are parents to two boys, Muzammil and Ibrahim.

The celebrity has received praise for her work in superhit projects namely Meray Paas Tum Ho along with Sun Yaara, Dil Mom Ka Diya, Do Bol and Ghalati.

He performance in Do Bol earned her a nomination for the Best Television Actress-critic award Pakistan International Screen Awards back last year.

In August, the celebrity was awarded the Global Women Media Award by the current Governor of Punjab Chaudhary Mohammad Sarvar for her contribution to the country’s entertainment industry.