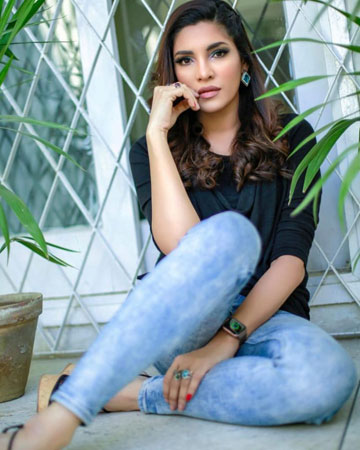 A hilarious TikTok video shared by actor Zhalay Sarhadi is going viral across social media platforms. ‘Jalaibee’ actor turned to her official account on the photo and video sharing platform, Sunday and published a hilarious video of herself mimicking a comic script on the feed.

The now-viral TikTok clip which sees Zhalay Sarhadi lip-sync a funny script ‘Mera shair meri marzi’, received a massive response from her millions of followers on the social application. The video was watched by a number of Instagrammers and also received several likes and comments on the post.

This is what the viewers wrote:

Your sense of humour and creativity is outstanding!!!

Sarhadi, who is quite consistent with the entertaining content on her social media handles, often posts funny reels and viral TikTok videos for her fans, who not only admire them but also keenly await for her to share new ones.

Earlier she posted a bunch of other funny TikTok videos on her Instagram account, many of which also featured her cat.

Apart from her immense popularity on social media, Sarhadi made herself a household name with her brief acting stint. The actor received acclaim for notable performances in drama serials ‘Rang Laaga’, ‘Badnaam’, ‘Khoat’, ‘Mera Saaein’ and ‘Aks’ among others.

She essayed a pivotal role in the film ‘Jalaibee’ as well.