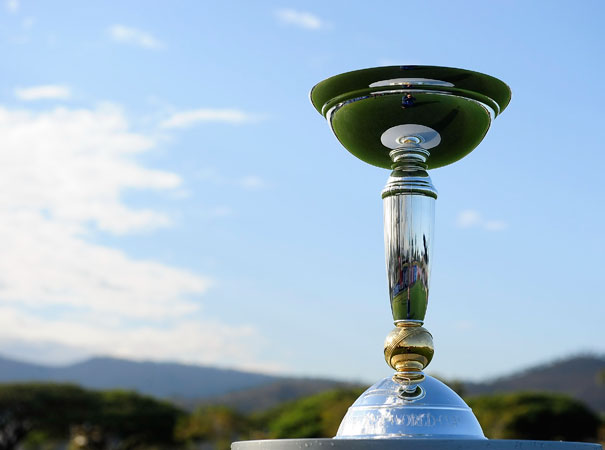 ISLAMABAD: The future stars of men’s cricket were set to contest the first pathway events en-route to the ICC U19 Men’s Cricket World Cup as qualification gets underway in August. The event, would see the most promising talent from around the globe battle it out to identify the competing nations in 2024, said a press release. The 15th edition of the event would involve Pakistan, Afghanistan, Australia, Bangladesh, England, India, Ireland, South Africa, Sri Lanka, West Indies and Zimbabwe by virtue of their top 11 finish in the 2022 edition. The remaining five spots would be determined by regional qualification.

Guernsey would be the first stop on the qualification calendar for the 2024 event. Due to the depth in strength in the Europe, Africa and Asia regions, a two-division qualification pathway will take place with 24 teams competing for eight Regional Qualifier spots. The Europe Division 2 Qualifier starting on August 5 would see eight teams competing in 20 matches over a seven-day period across the island’s four venues. Young stars representing Denmark, France, Germany, Isle of Man, Italy, Norway and Sweden will arrive in Guernsey alongside the hosts to set the ball rolling on another thrilling series of qualification events. The two finalists and the winner of the third-place playoff would all progress to join Jersey, the Netherlands and Scotland in the Europe Qualifier – the second and final stage in the region’s qualification pathway, which will be held in 2023.

Speaking on the commencement of the Europe Division 2 Qualifier, Mark Latter, Chief Executive Officer at Guernsey Cricket commented, “For the Guernsey players it is great that they get the opportunity to show their talents in front of their family and friends, and for all it provides the opportunity to make cricketing friendships that will no doubt be rekindled in later years as they progress into their respective senior squads.” Oman would play host to the ICC Asia Division 2 Qualifier from September 29 to October 7.

Bahrain, Bhutan, Hong Kong, Oman, Qatar, Saudi Arabia, Singapore and Thailand would be competing, with the two finalists progressing to the Asia Qualifier. They would join Kuwait, Malaysia, Nepal and UAE who were already granted a place at the final stage of qualification. From September 30 to October 8, the Africa Division 2 Qualifier takes place in Abuja, Nigeria where the competing hosts would welcome Botswana, Ghana, Kenya, Malawi, Mozambique, Rwanda and Sierra Leone. The two finalists plus the third-placed team will qualify to compete at the Africa Qualifier in 2023 where they will be joined by Namibia, Tanzania and Uganda who enter the qualification pathway at this stage. Americas and East Asia Pacific nations would see their qualifying events for the World Cup take place in 2023, with both regions each hosting one single qualification event to determine their qualifying teams.

ICC Head of Events Chris Tetley remarked: “The U19 Men’s Cricket World Cup has a great tradition of developing some of the finest players that have graced the game.

As for the qualification structure, a total of 16 teams would be competing at the ICC U19 Men’s Cricket World Cup. 11 teams have automatically qualified for the event as the best-placed Full Member nations from the previous event in 2022. Those teams include Pakistan, Afghanistan, Australia, Bangladesh, England, India, Ireland, South Africa, Sri Lanka, West Indies and Zimbabwe.

The remaining five spots would be determined through regional qualification pathways, with one team from each region securing a place at the event. Americas and EAP would each host one qualifying event in 2023, with the winner of each event sealing a spot at the U19 Men’s Cricket World Cup.