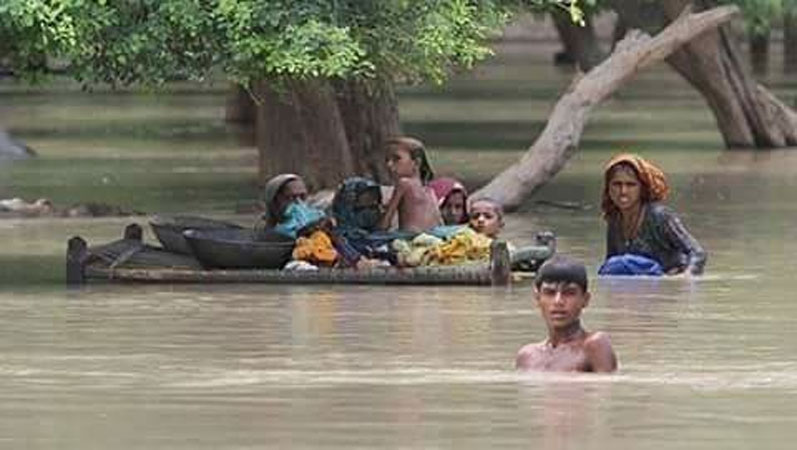 District Taunsa is exasperating for survival as a fresh wave of flashfloods has descended from the Sulaiman range. The appeals for help from thousands of families have, however, not moved the authorities out of complacency as the relief operations are reduced to photo-ops. Hundreds of families have been forced to live under open skies while there is a serious threat of a raging food crisis. There have been reports of food unavailability being linked to casualties, especially those of young children.

That the constituency of the former chief minister of Punjab, Usman Buzdar, has had to face such a harsh onslaught of rising floodwaters speaks volumes about its infrastructure. In the almost four-year-long tenure, Mr Buzdar spent almost Rs 80,000 million in the name of developmental funds in the district and its adjoining areas. However, the hundreds of millions earmarked for embankments built to protect against river tides have gone down the drain after just one monsoon season. The relentless downpours have completely wiped away the historic Indus Highway.

As per reports, several officers stationed in the developmental and civil institutions during the Buzdar era have been found complicit in redirecting the flash floods in the river Indus away from its traditional river bed and towards the populated areas of the District DG Khan. This has been allegedly done to ensure the corruption sagas of the developmental projects remain hidden from the public eye. At a time when prominent personalities of the area should have jumped into the ground to stand with those in need, no old faces can be seen. 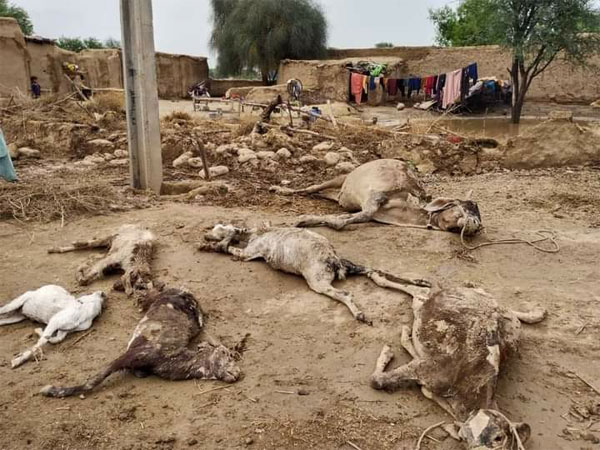 According to a report, many are comfortably cushioned in air-conditioned residences in Lahore and Multan, completely oblivious to the parched lips and empty stomachs of people in their constituency. It was only after the determined resolve by the Pak Army and its officers opened the Indus Highway for traffic that the district regained its connection with the rest of the country. Still, the situation on the ground remains just as bleak as rescue teams have not yet reached all affected areas.

There have been relief camps set up by Jamaat Islami, Pakistan Tehreek-e-Insaf, Tehreek-e-Labbaik, Minhaj-ul-Quran and Ehsas Foundation to ensure the provision of necessary supplies but no such efforts have been afoot by the government sector. Ex-chief officer Bakhtiyar Jatoi’s headline-worthy photoshoot on the Indus Highway is of special mention here because of his obvious lack of regard for the serious situation at hand. The civil society has appealed to Punjab Chief Minister Pervaiz Elahi to declare an emergency in District D G Khan and appoint special rescue teams for the people affected by the flood. A helicopter has also been requested for evacuation purposes.

With as many as 300 settlements badly impacted, the entire district remained at the mercy of floodwater. Rescue 1122 has confirmed that around 10 casualties have already been reported, which include four children and two women. The actual number may run much higher. There has been unprecedented damage incurred to the livestock while over one hundred thousand acres of farmlands have been badly hit. A total of 50,000 acres of agricultural land with different crops has been destroyed. The official sources are pinning the affectees at over one hundred thousand while the ground reports have claimed that over two hundred thousand people have been impacted. As many as 10,000 houses have been partially or completely damaged in Tehsil Taunsa, Kot Chatha and D G Khan, an overwhelming majority of which were mud buildings.

However, Commissioner Anwar Baryar talked of 14 relief camps set up for the victims and efforts underway. Over 500 camps have been sent off to the affected regions while another 500 were on their way. The affected have also been supplied with 400 tents, 500 mats and 200 mosquito nets. The authorities have rescued as many as 1500 civilians from the flood-hit areas. 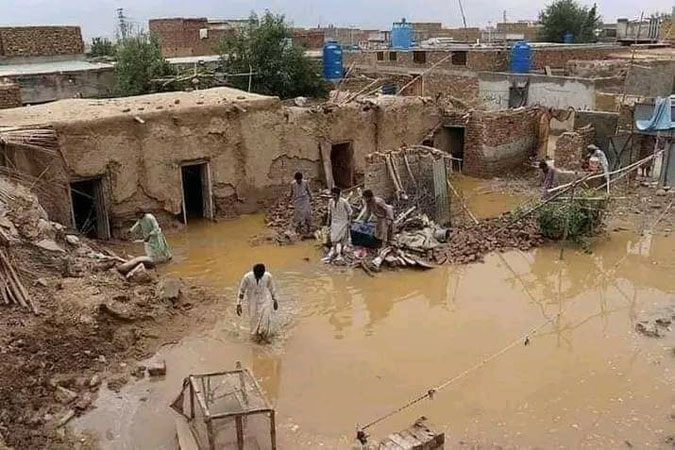 Separately in District Rajanpur, local communities have been cut off from each other. Local leaders apprised media sources that the ongoing monsoon season has completely engulfed Chak Pitiat and thousands of residents have been left hapless. They demanded Rajanpur Commissioner Jameel Ahmad Jameel launch emergency relief operations. Moreover, the diversion of flashflood on the alleged instructions of Additional Inspector General of Punjab Highway Riaz Nazir and Deputy Inspector-General Sarfaraz Ahmed in connivance with Superintendent Chaudhry Muhammad Sharif towards Basti Ahmedani and Chaukiwala have pushed thousands of locals helpless against the waves. These people have now pitched camps near Indus Highway and are forced to spend their days being drenched by rainwater. Side by side, patrolling police teams have helped the affected people by providing boats for movement to safer lands. They have also been seen distributing food and water in these camps. There is a provision of medicines for the ill.