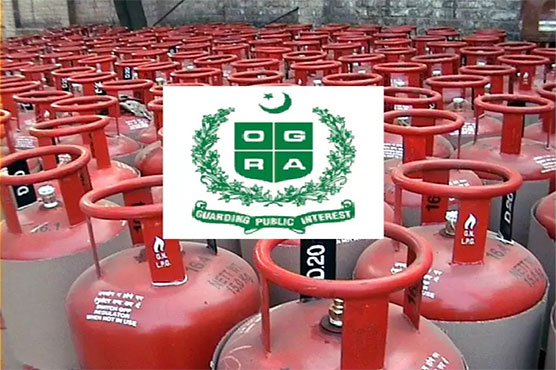 Ogra reduces LPG prices for August. The Oil and Gas Regulatory Authority (Ogra) has brought down the price of liquefied petroleum gas (LPG) for the month of August.

An announcement from Ogra states that the price of LPG per kilogramme has been decreased by Rs2.51, making the new amount Rs217.92.

As Ogra reduces LPG prices for August the price of the 11.8 kilogramme LPG household cylinder is also reduced by Rs29.56 and the new amount is now Rs2571.41.

It is pertinent to mention here that the federal government on Sunday announced a reduction in the price of petrol by Rs3.05 per litre for the first 15 days of August 2022.

According to the notification issued by the Finance Division, the government has slashed petrol price by Rs3.05 per litre and light diesel oil by Rs12 per litre.

The price of high-speed diesel has been jacked up by Rs8.95 per litre, while the rate of kerosene oil was gone up by Rs4.62 per litre.

There is good news for FBR: the tax collection target has been exceeded. The Federal Board of Revenue (FBR) released the provisional revenue collection figures of Rs458 billion for July 2022.

The FBR, according to the data, has collected net revenue of Rs458 billion during the period, which has exceeded the target of Rs443 billion by Rs15 billion.

These collections are the highest ever in the month of July, the FBR said, which represents a growth of about 10% over the collection of Rs417 billion during the same period, last year.

The figures are expected to improve after book adjustments have been taken into account.

Owing to the paradigm shift, the domestic taxes contributed 55% to the collection, while import taxes remained 45%.