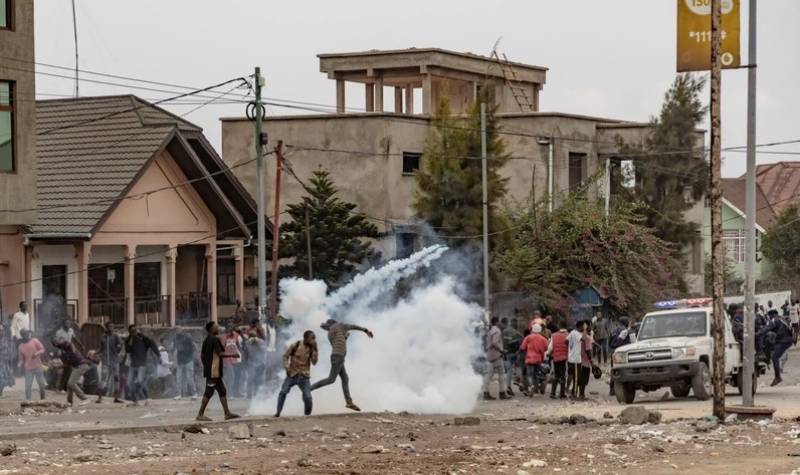 UNITED NATIONS: UN Secretary-General Antonio Guterres is “outraged” over a “serious incident” that happened on Sunday in the border town of Kasindi, where members of the UN Stabilization Mission in the Democratic Republic of the Congo (MONUSCO) shot two dead, 14 injured at DR Congo-Uganda border.

“The Secretary-General is both saddened and dismayed by the loss of life and serious injuries sustained during this incident,” a statement issued by Farhan Aziz Haq, the deputy spokesman, said Sunday night.

Tensions between the people in restive eastern Congo and the UN peacekeeping force have risen dramatically in the past week, with nearly 20 killed in protests calling for the force to leave the region for reportedly failing to protect them from armed groups.

Guterres also offered his deepest condolences to the affected families, the nation’s people and the Congolese Government and wished the injured a speedy recovery.

In a communique, the Special Representative and Head of MONUSCO, Bintou Keita, said that soldiers of the Intervention Brigade of the MONUSCO force,
returning from leave in their home country, opened fire at the border post for “unexplained reasons”.

“This serious incident has caused loss of life and serious injuries,” she added.

“Deeply shocked and dismayed,” Ms Keita also extended her deepest condolences to the families of the victims and wished a speedy recovery of the injured.

Meanwhile, the Secretary-General stressed in the strongest terms, the need to “establish accountability for these events”.

The UN has established contact with the peacekeepers’ country of origin, with the aim of “urgently initiating judicial proceedings with the participation of victims and witnesses so that appropriate sanctions can be handed down”.

Describing the soldiers’ behaviour as “unspeakable and irresponsible,” the MONUSCO chief said that perpetrators the were identified and arrested – pending the conclusions of an investigation that has already started in collaboration with the Congolese authorities.

The Secretary-General welcomed her decision to detain the MONUSCO peacekeepers involved and to immediately open an investigation.