* Miftah shares plan to satisfy retailers on tax collection via electricity bills after PM, Maryam ask him to address matter
* Govt to exempt shops with bills of less than 150 units; charge Rs 3,000 from shopkeepers not registered with FBR 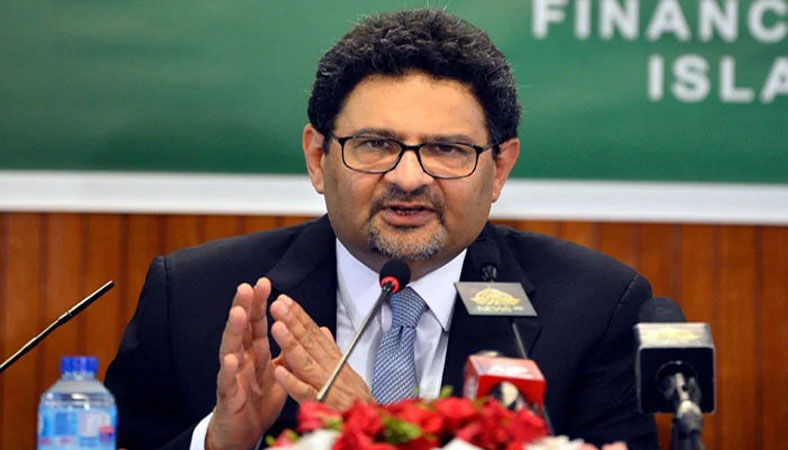 The finance minister said that to address the concerns of the small retailers, the government will “exempt shops with bills of less than 150 units” from the tax. “We will charge Rs 3,000 even to those shopkeepers who are not registered with the Federal Board of Revenue (FBR). The tax paid will be full and final. No tax notice will be issued to shops nor will FBR officers visit their shops,” tweeted the finance minister.

Ismail was responding to a tweet by PML-N leader Maryam Nawaz Sharif who had asked him to “withdraw tax on electricity bill” as the businessmen were worried and complaining.

Soon after the tweet, Maryam said that she had spoken to the finance minister who had assured him that he would sit with the traders on Monday and find a solution.

The government in the budget for the current fiscal year had decided to deduct tax through electricity bills from small shopkeepers or retailers across the country to bring the sector under the tax net. The budget document showed that fixed income and sales tax regimes of Rs 3,000 to Rs 10,000 has been imposed on the small retailers to bring them into the tax net. However, traders across the country have staged protests and refused to pay the tax.

Earlier, Finance Minister Miftah Ismail said the rupee will some improvement in two weeks adding that the government was sparing no effort to reduce the trade deficit by stabilizing the rupee against the dollar.

Addressing a press conference in Islamabad, he said, “I really think – although I never like to speculate on the currency market – but I really think that the rupee’s true value is far greater [than what it is right now],” Miftah said.

He explained that in the past two months, Pakistan had to part with “a billion and another billion”, which put pressure on the local currency. Miftah said Pakistan bought petroleum products for which payment was made in July, which is why there was a lot of pressure on the rupee. “This month, the State Bank has to pay $800 million more compared to the country’s inflows,” he added.

Ismail said that efforts will be geared towards more dollars coming in daily and fewer leaving the country next month. “With our efforts to reduce imports and InshaAllah, with the daily rise in incoming dollars versus a decline in outgoing units, there will be a surplus [of dollars],” he said.

“This will lead to a reduced pressure [on the rupee] and the dollar’s value against the rupee should then see a slight drop,” the minister added. Miftah hoped that the “next two weeks will InshaAllah be better”. He cautioned, though, that although this was his view since he believed “the fundamentals are in Pakistan’s favour”, but “speculation and sentiments also play a role in this”. He said the Economic Coordination Committee (ECC) had recommended removing the ban on imports. If approved by the cabinet and signed off on by the prime minister, several items will no longer be banned. The ban will continue to remain on imported cars, mobile phones and home appliances.

He said the government aimed to convert the current account deficit into surplus. “In the short term, we reduced imports and now over the next two to three months, we will increase exports,” he said. The finance minister, to a question on what the government plans to do to arrest the rising inflation, the minister said: “It is the prime objective of every finance minister to curb inflation and focus on growth. My number one priority has never been to control inflation or to bring growth. My priority has only been to save Pakistan from default.”

To describe just how grave a situation the country could have fallen into before being “saved”, he spoke of Sri Lanka, which recently declared bankruptcy. The minister said: “Of late, petrol in the country cost 90 rupees and was sold at 3,000 rupees in the black market, hospitals shut down due to medicines running out, women would stand in line for three days to get gas to power their stoves, and one had to queue up for 10 days to get petrol.” Criticizing the past rulers, Ismail said that the PTI-led government increased the country’s debt by Rs20,000 billion or 79% in the last three years and nine months. He said that the incumbent government did “nothing that would take the country to the brink of a default”.

“What brought the country to this point was PTI; it was Imran Khan,” he said. The finance minister said that when the PML-N government left power, the country’s debt stood at $24,952.9. “When we came back now, it had risen to around $45,000.” Faulting the PTI government for the existing current account deficit of the country, he said that “the policies of Shaukat Tareen and Imran Khan have a big hand” in it. He added that the previous government was behind the country’s “four biggest budget deficits”. “There wasn’t one year that they could match the PML-N’s tax-to-GDP ratio,” he added. “When every single year you reduce tax collections and increase the budget deficit, then of course debt will mount,” Ismail said, adding that this year, Pakistan will have to pay $4,000bn in interest payments alone. The finance minister acknowledged that a “very difficult” budget was passed, attributing it to the above-mentioned factors.

The minister highlighted that the country witnessed an import reduction of $2.7 billion between June and July. The minister said that the government had succeeded in curbing imports and would make efforts to increase exports over the next two to three months. “But the big issue of impending default has been resolved.”