Karachi to get another two seawater desalination plants 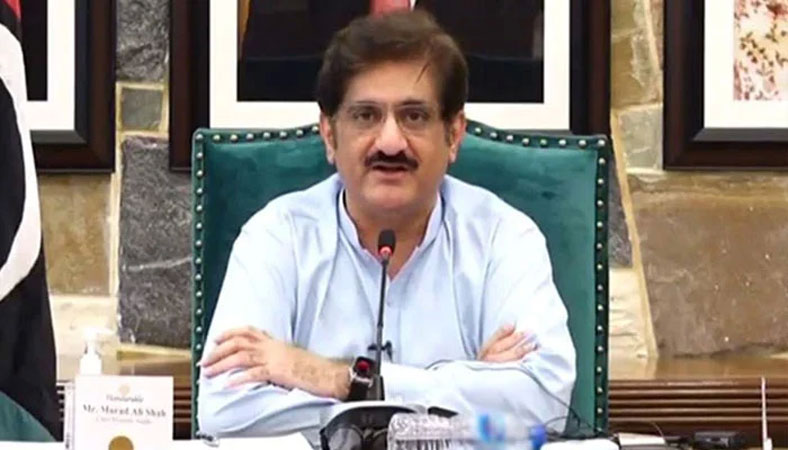 Sindh Chief Minister Syed Murad Ali Shah keeping in view the water requirement of the city has decided to install two new Seawater Desalination plants, each one of 5 MGD, and to acquire a seawater desalination plant abandoned at KANUPP.

“This will help to provide drinking water to the people living in old areas of the city to the DHA.” This he said on Sunday while presiding over a meeting to review the status of some important projects of the city here at the CM House. The meeting was attended by Minister Information Sharjeel Memon, Minister Local Govt Nasir Shah, Administrator KMC Murtaza Wahab, Chief Secretary Sohail Rajput, Chairman P&D Hassan Naqvi, Commissioner Karachi Iqbal Memon, Secretary LG Najam Shah and Special Secretary to CM Raheem Shaikh and other concerned officers.

The meeting was told that Karachi was the city of 20 million population and its water requirement stood at 12,00 MGD against which 655 MGD was being provided showing a shortfall of 535 MGD. Minister Local Govt Nasir Shah said that KWSB has prepared a scheme to set up a Seawater Desalination Plant (SWDSP) of 5 MGD capacity to supply water to the users in district South.

Three locations for installation of desalination plants- Ibrahim Hyderi, Ayesha Masjid DHA-VII and Seaview at village restaurant were proposed. The CM approved Ibrahim Hyderi at Korangi Creek which is one and half kilometers away from Dhari Island.

The KANUPP has installed its own plant therefore that plant was abandoned and could be used to provide water to the city. Nasir Shah said that he had held a meeting with the concerned private firm and they were ready to enhance SWDSP’s capacity. At this the CM directed him to do it at the earliest.

The chief minister approved one kilometer bridge on Korangi Crossing Causeway and one kilometer approaching from while going from the DHA and 200 km after the causeway.

Shah set the timeline of the bridge and directed the local government department to complete detailed design by August 31, 2022, bidders post qualification (international tender) by September 30, bid evaluation and award of work by October 31, and start of the construction by November 1, 2022.

It may be noted that earlier, the bridge was proposed to be constructed under PPP mode but now it would be an ADP scheme of Rs5 billion.

The CM was told that the additional 65 MGD water would be brought through Haleji Lake to Pipri via an integrated system of Canal, Conduit, Pipeline, Pumping Station and other necessary ancillary works.

Minister Local Govt Nasir Shah said that presently this balance 65 MGD water would be drawn through Kalri Gujjo Canal and transmitted by gravity to the proposed Gharo Pumping Station from where water would be pumped to High point of Forebay of KWSB where new Forebay Chamber would be constructed and from Forebay water would be gravitated to Pipri filter Plant.

The works proposed to be taken (General works) include four packages.