* Written by Radain Shah, 'Junction' features Ushna Shah and Affan Waheed as the leading characters that bring this heart-wrenching and tragic love story to life, with Jawed Iqbal in a supporting role 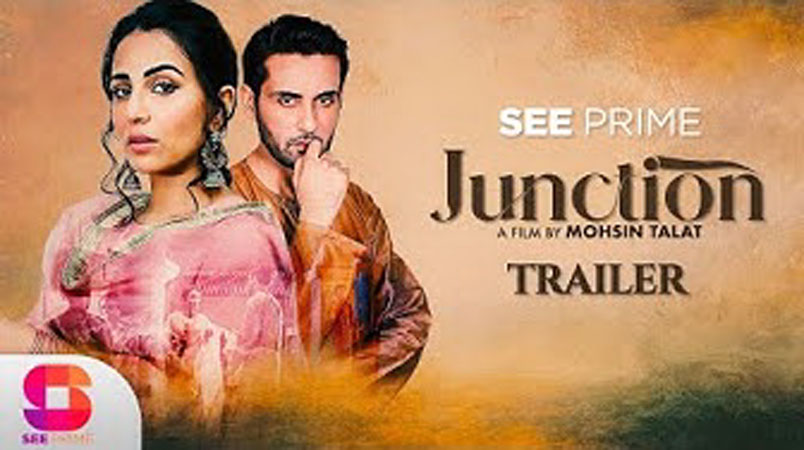 As one of Pakistan’s fastest growing digital platforms, SeePrime released its latest production ‘Junction’, directed by Mohsin Talat on their YouTube channel this weekend.

Set in 1947, during the time of the partition, Junction follows the story of two lovers, Javaid and Nigar who meet at a train station on a dark and stormy night while waiting for their train to their destination and begin to reminisce about growing up together in India.

Written by Radain Shah, Junction features Ushna Shah and Affan Waheed as the leading characters that bring this heart-wrenching and tragic love story to life, with Jawed Iqbal in a supporting role. While the entire short is set at a train station, the dialogue moves the story line along. We learn trough Nigar and Javaid’s conversation that although they have known each other for long and have strong feelings for each other they are meeting after a long time.

“There are some things that as humans we can never fully comprehend. A lot is at play in our lives that we do not have the capacity to see or even grasp. In the grand scheme of things, we are all significant in the roles we play, but it is often fate that leads our life down certain avenues, and all we can do in the meantime is have faith.” remarks Seemeen Naveed, the executive producer. “The concept of love has been warped and misconstrued throughout time. Love; like life, cannot be defined, it can only be felt, but our illusory understanding of it brings more pain to us than is necessary. With these short films we aim and hope to provide content that sparks introspection and a change in our thinking patterns.”