Zaheer Abbas Khan talks about his journey and goals

* When asked about how he started his journey in the music industry and what his goals are, Zaheer says, 'Since the very beginning, I've been a very creative, fun-loving kid who had to explore every possible thing' 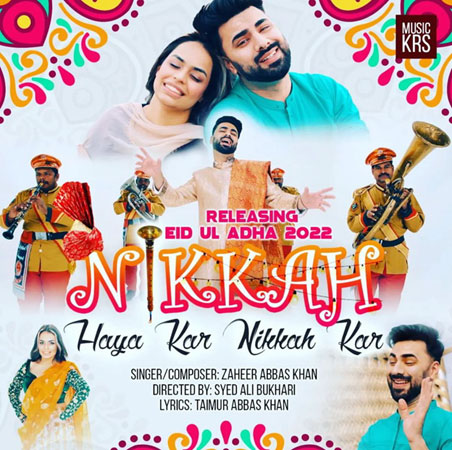 In a recent interview, with the famous singer Zaheer Abbas Khan, he revealed a lot about his personal self. From his inspiration to struggles and to his career goals in the industry.

When asked about how he started his journey in the music industry and what his goals are, Zaheer says, “Since the very beginning, I’ve been a very creative, fun-loving kid who had to explore every possible thing. I love to think outside the box. And even the thought of creating something unique from absolute scratch gives me goosebumps. I started singing as a child, it was just for fun purposes. But quick enough, I realized it to be turning into my passion. Singing brings me joy and I would love to pass this feeling to my listeners.” He continues, “Obviously, majority of the artists seek commercial success and this is high on my agenda. But inevitably, to me it’s all about looking back at how far I’ve come and knowing I tried my absolute best to impact people’s lives with my music. It would be amazing if I am able to do this and create a mark on the music world for people to forever remember me by.”

He also talked in detail about his creative process of writing and composing songs. For his recent song “Nikkah”, he said, “You can’t force the creative process, it has to happen itself and most of the time I just let my mind be spontaneous and go with my thoughts. I did this for my song Nikkah, I wasn’t intending to create this song but ironically after my own Nikkah we were driving back home and my friend said something and in response I answered singing this tune, initially we all laughed but as the night progressed I kept developing the song and it was catching on.

I recorded whatever was composed and later completed the song in my studio. I liked it so much that I decided to make a music video and release it.”

That is all, folks! We wish Zaheer Abbas Khan the best of the best for his newly released song “Nikkah”. And suggest y’all add it to your favorites too.