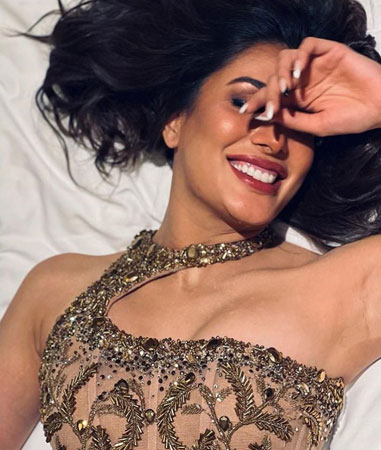 Actor and model Mehwish Hayat shared her latest pictures and they are going viral on social media platforms. Mehwish Hayat actor shared the black and white picture on her visual sharing platform Instagram. In the caption, she asked the viewers if she could kill them with her smile or stare.

The celebrity has worked in superhit drams throughout her showbiz career i.e. Kabhi Kabhi and Dil Lagi. Apart from a serial, she has established herself as a great film actor by her superb work in movies namely Jawani Phir Nahi Ani, Jawani Phir Nahi Ani 2, Punjab Nahi Jaungi, 3 Bahadur, Baaji and London Nahi Jaunga.

The Tamgha-i-Imtiaz winner played the role of Aisha – the great grandmother of protagonist Kamala Khan essayed by Iman Vellani in Ms. Marvel. She owned third episode of the show with her first appearance, where she shared the frame with Pakistan’s super-versatile and one of the finest actors, Nimra Bucha – who played Najma in the series.

Later, in fifth episode, she amazed audiences with her equally praise-worthy performance with Pakistan’s heartthrob Fawad Khan who played Hasan – husband of Aisha and the great grandfather of Kamala Khan.