* 'Co-parenting with Orlando and Katy is something that I feel really happy about,' the supermodel recalled to Vogue Australia in the August cover story published on July 25 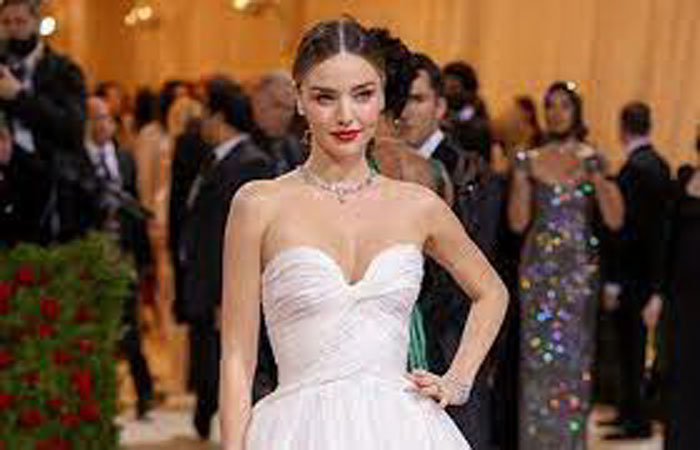 Miranda Kerr is a firm believer of putting family first.?Nearly nine years after she and ex Orlando Bloom went their separate ways, the 39-year-old opened up about the terms the former couple agreed to when it came to their now 11-year-old son, Flynn.?”Co-parenting with Orlando and Katy is something that I feel really happy about,” the supermodel recalled to Vogue Australia in the August cover story published July 25. “From day one when Orlando and I decided to separate, I said, ‘Listen, whatever we do, we have to put Flynn’s needs first, not our own.’ That’s the way we make our decisions. Family is my number-one priority, then work, then my company, which is like another baby, and then, unfortunately, my friends, but it’s not going to be like that forever.” ?Miranda and Orlando, who have been open about their great co-parenting dynamic over the years, called it quits in 2013 after nearly six years together. Since then, Orlando welcomed daughter Daisy with his fiancée, Katy, in August 2020.

As for Miranda, she tied the knot with Snap CEO Evan Spiegel in 2017, and has since welcomed two sons with her husband (in 2018 and 2019, respectively). And as the Victoria’s Secret model recalled, her fairytale romance with Evan came on the heels of her split from Orlando.

“Orlando and I had separated over a year [prior],” Miranda told the outlet, referring to her and Evan meeting at Louis Vuitton event in 2014. “I was going through quite a challenging stage. I didn’t really believe in love anymore. I felt a little bit overwhelmed with what had happened.” ?She continued, “He was so patient with me. Our relationship evolved slowly. And we established a nice friendship before we became boyfriend and girlfriend. I never even thought that this kind of love was possible. To meet someone I connected with so well, and who is continually working on themselves every day like I’m working on myself to be the best partner, the best mother, to constantly want to grow and evolve, that is something both of us are really committed to.”

And it’s clear that it’s only just the beginning. As Miranda put it, “It’s really incredible to have a partner who wants to grow with you in the same direction.”