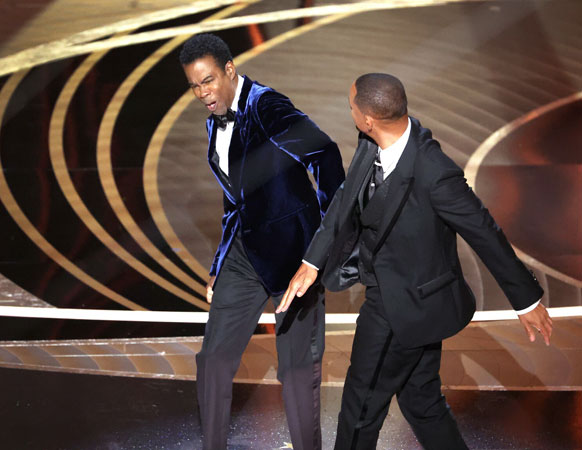 Will Smith is taking accountability for his actions. It’s been four months since the King Richard star made headlines for slapping Chris Rock at the 2022 Oscars and Will is now ready to clarify what led him to walk onto that stage. The actor returned to social media with a nearly six-minute video answering some “fair questions” people have asked in response to the situation, one of which critiqued his wife Jada Pinkett Smith’s involvement.

In the July 29 Instagram post, Will read the fan question aloud, “After Jada rolled her eyes did she tell you to do something?”

Simply put, his answer is “No.”

Will continued, “It’s like, you know, I made a choice on my own, from my own experiences, from my history with Chris. Jada had nothing to do with it.”

The actor then went on to directly apologize to Jada and their two kids Jaden, 24, and Willow, 21. “I’m sorry babe,” he said. “I want to say sorry to my kids and my family for the heat that I brought on all of us.”

But that’s not the only apology a “deeply remorseful” Will gave during his video. After having shared earlier that he reached out to Chris privately-Will noted that the comedian was not ready to talk to him quite yet-he also apologized to his peers.

“To all my fellow nominees. You know, this is a community,” he said. “It’s like I won because you voted for me and it really breaks my heart to have stolen and tarnished your moment.”

In sharing his regrets, Will specifically mentioned legendary musician and filmmaker Questlove, winner of the Oscar for Best Documentary, whose category Chris was presenting during the altercation. “I can still see Questlove’s eyes. You know, it happened on Questlove’s award and, you know, it’s like, I’m sorry, really, isn’t sufficient.”