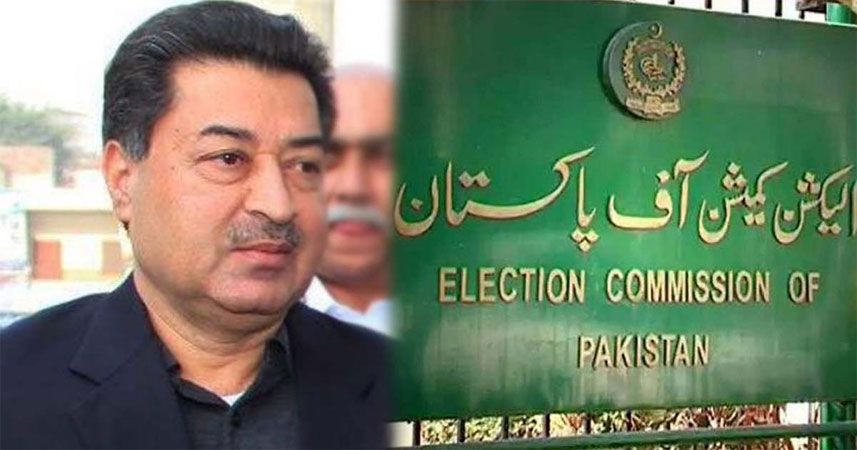 The PTI has decided to file a judicial reference against Chief Election Commissioner Sikandar Sultan Raja. The decision came during a high-level PTI meeting chaired by Imran Khan, where the party leaders reviewed the coalition government’s recent meeting with the CEC and other Election Commission of Pakistan (ECP) members.

The party meeting was chaired by PTI Chairman Imran Khan. Shah Mehmood Qureshi, Fawad Chaudhry, Babar Awan, Shireen Mazari, Farrukh Habib, Shehbaz Gill and others were also present. Matters pertaining to the party’s funding case and the election commission’s role in this regard were deliberated upon during the meeting.

The PTI reportedly decided that provincial governments would also take action against the election commission, and the provincial assemblies – in Punjab and Kyber Pakhtunkhwa – would pass no-confidence resolutions against the ECP.

Later addressing a press conference in Islamabad, PTI leader Fawad Chaudhry said his party was considering filing a ‘judicial reference’ against Raja for what he described as the ‘violation of the election and judicial code of conduct’. “Two days ago, a meeting was held between the Election Commission of Pakistan and the government. In it, they discussed the PTI funding case,” he said, claiming that it was a ‘gross violation’ of electoral rules.

Fawad Chaudhry was referring to the recently-held meeting between the ECP and a delegation of the ruling alliance in which the former had urged the electoral body to release the verdict in the prohibited funding case against the PTI at the earliest. Chaudhry said, “The ECP chairman and members receive salaries equal to high court and Supreme Court judges. Even their perks and privileges are similar to judges. Thus, the code of conduct that applies to them is that of the superior courts,” Chaudhry said. “Never does a judge of the superior court meet the respondents of a case he is hearing. He does not hold discussions over it.”

The PTI leader went on to say that the CEC’s meeting with the government was also against the judiciary’s code of conduct. “Ignoring these rules, they [the CEC] met a respondent in a pending case and assured them that a decision will be taken,” he claimed, adding that the CEC even issued a press release later. Hence, Chaudhry claimed, this was a “fit case” of proceedings against the election commissioner and officials which would be sent to the Judicial Commission of Pakistan.

Fawad reiterated that the current crisis in the country were because of not holding elections, saying the CEC had informed the Supreme Court that ECP can’t conduct elections before October 2022 when the apex court was hearing the case of former NA deputy speaker Qasim Suri’s ruling over no-confidence motion against Imran Khan.

“The current crises in the country are because of that statement of the election commission,” Fawad said. He said that it was ECP’s constitutional responsibility but it refused back then and strengthened the incumbent government’s agenda, which, he said, has destroyed the country. Among other things, Fawad took at jibe at Prime Minister Shehbaz Sharif, saying that he has lost majority in all the provinces and was practically the premier of the capital’s civic body – the Capital Development Authority.