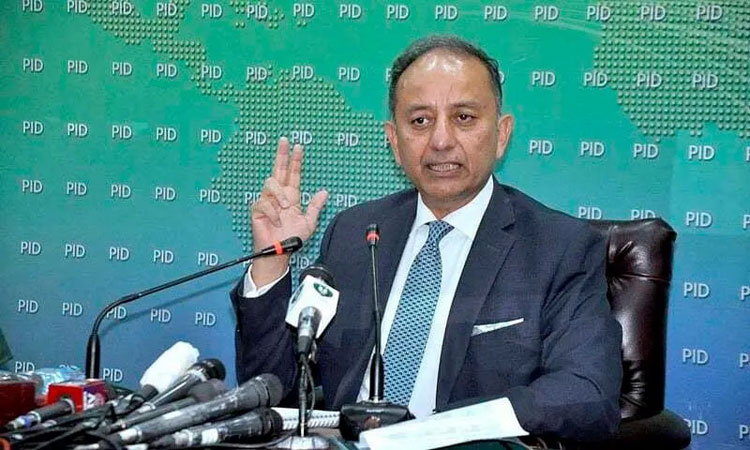 Minister of State for Petroleum Dr Musadik Malik on Saturday said PTI chairman Imran Khan was the ‘abettor’ in a $250 million money-laundering case and the ‘guarantor’ of Arif Naqvi, Chief Executive of the Abraj Capital and Investment Company, indicted by the US courts in a range of cases and could get up to 290-year jail.

“How a person [Imran Khan], who is the abettor and protector of the $250 million money-laundering [Bahria Town case]; and the guarantor of an accused [Arif Naqvi] whom the US courts hint at awarding 290 years jail, can be the upright and truthful,” the minister questioned while addressing a news conference in response to a presser of PTI leader Chaudhry Fawad Hussain.

He said $250 million money-laundering stood almost one-fourth of the Pakistan-IMF’s current $1.1 billion package, and how an ‘abettor and protector’ of this illegal activity could be declared “Sadiq-o-Amin.”

The minister said it was strange that Imran Khan lived in the 200-300 Kanal house in Banigala and claimed of having no income source, but leading a luxurious life.

He said Arif Naqvi was the person, who being chief executive of a foreign company established a cricket club abroad and sent foreign funds to the PTI, which as per the laws of Pakistan was illegal.

He said Arif Naqvi, working as the fund manager of foreign investors, was facing jail in the United Kingdom on charges of fraudulent activities and for involvement in different ‘black money schemes.’ He said the accused was also wanted by US authorities after they unearthed his illegal activities in America. As per law of the land, he said, no political party could get funds from other than Pakistani citizens and if anyone received finances from any foreign national or company it would be “black and illegal money.” Minister of State for Petroleum Musadik Malik said the cricket club was established in Oxfordshire county of England to launder the money and legitimate the ill-gotten money, under the pretext of holding fundraising activities and charity work.

“Two million pounds were sent from Abraj’s company account to Imran Khan in one go which was illegal as no political party can get funds from any foreign country, company, corporation or foreign national. But he [Imran Khan) is still Sadiq-o-Amin,” he said.

The minister recalled that there was a Bahria Town case, heard by the Supreme Court, in which billions of rupees fine was imposed on Malik Riaz.

He said Britain’s National Crime Agency (NCA) unearthed around £190 million ($250 million) money-laundering of Malik Riaz, but the PTI government and its cabinet, under a ‘secret document’ settled the SC fine amount with the money remitted by Britain it recovered in the money-laundering case.