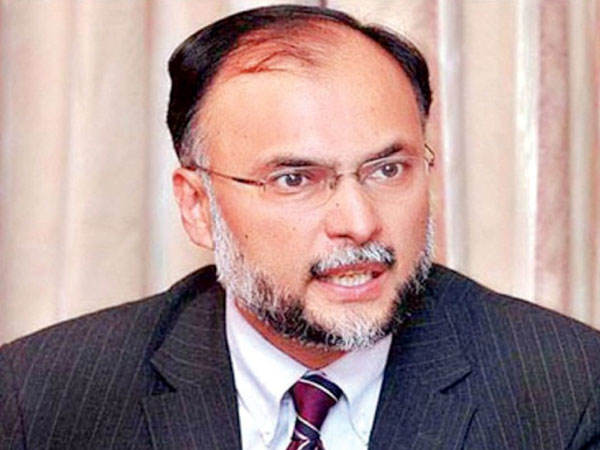 Federal Minister for Planning, Development and Special Initiative Ahsan Iqbal on Saturday demanded the Election Commission of Pakistan (ECP) to announce the verdict of the PTI foreign funding case. Addressing a press conference here, he said that the Pakistan Tehreek-e-Insaf (PTI) had concealed many accounts which were used for transactions of funds from abroad and utilised for personal purposes. He added that the PTI had been found indulged in misappropriation of funds. The minister said that the PTI had used the funding for social media campaigns in the country, adding that the foreign funding case had been kept pending for years despite many evidences against the PTI. There had been evidences against the PTI for getting funds from anti-Pakistan lobbies abroad and overseas Pakistanis, he added. The minister said that the PTI also committed fraud with the nation and overseas Pakistanis by collecting billions of rupees in the name of dam fund and nobody knew that where that money was right now and where the money was being utilized. Today, the people were asking where that dam had been built, he added. Ahsan Iqbal said that the PTI chief Imran Khan committed political tempering to maneuver things in his favour, adding that Imran had also laid the foundation of inflation and fluctuation of dollar price, and economic challenges faced by the country were created by the PTI leadership.