Vijay says ‘dance is unfair to men because women don’t have to do anything’; Ananya Panday reacts: ‘What nonsense’ 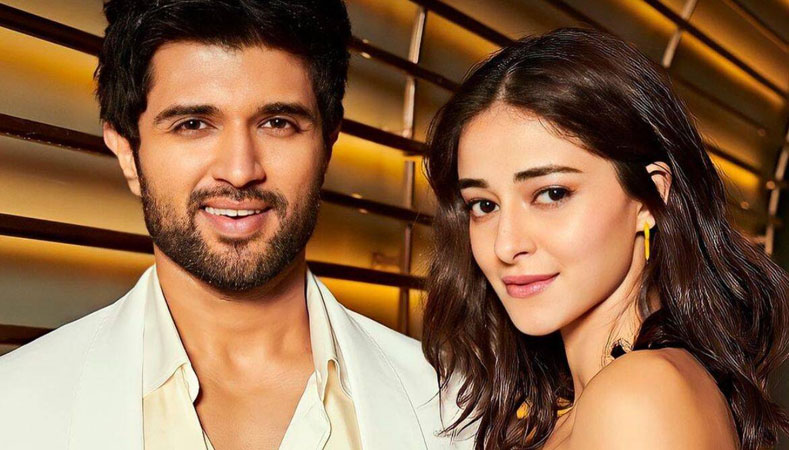 Vijay Deverakonda and Ananya Panday, who are busy promoting their upcoming film Liger, talked about the hardest part of shooting the film. While both actors agreed that the dancing sequences were the most difficult to perform, Vijay said that ‘dance is biased towards women’ because they have an unfair advantage.

After boarding the Mumbai local, the Liger stars stopped for an interview with Filmy Mirchi. Vijay said that dancing was really difficult because, “Dance is a bit unfair to men because women, they look beautiful so they don’t have to do anything and it looks nice, whereas we have to get our angles and stuff right. Dance is very biased towards women. You have this hair which will do half the dance.”

Ananya was quick enough to respond as she did not agree with her co-star. She said, “Oh please, what nonsense. It is hard for everyone to dance if you have two left feet like me.” Recently the duo appeared on the show Koffee with Karan, where they spilled the beans about their personal and professional lives. On the show, Ananya voiced her opinion about Vijay’s controversial film, Arjun Reddy. The film was hotly debated for its gender politics, which were perceived by many to be problematic. While Vijay said that he doesn’t agree with the character’s outward violence against women in the film, he said that it is a prerequisite for him to empathise with every character that he plays. Ananya countered, “Honestly I feel if people have come up to him (Vijay Deverakonda) then I’m sure there are people like that. I’m just not surrounded by those people. And I would not advise any of my friends to be okay with it. But, that’s just how I am.”

Liger marks Vijay’s Bollywood debut. Helmed by Puri Jagannadh, the film also stars Mike Tyson, Ramya Krishnan and Ronit Roy, among others. The film is all set to hit the theaters on August 25.