Fahad Mustafa’s Gulab; the only cop that gets our seal of approval! 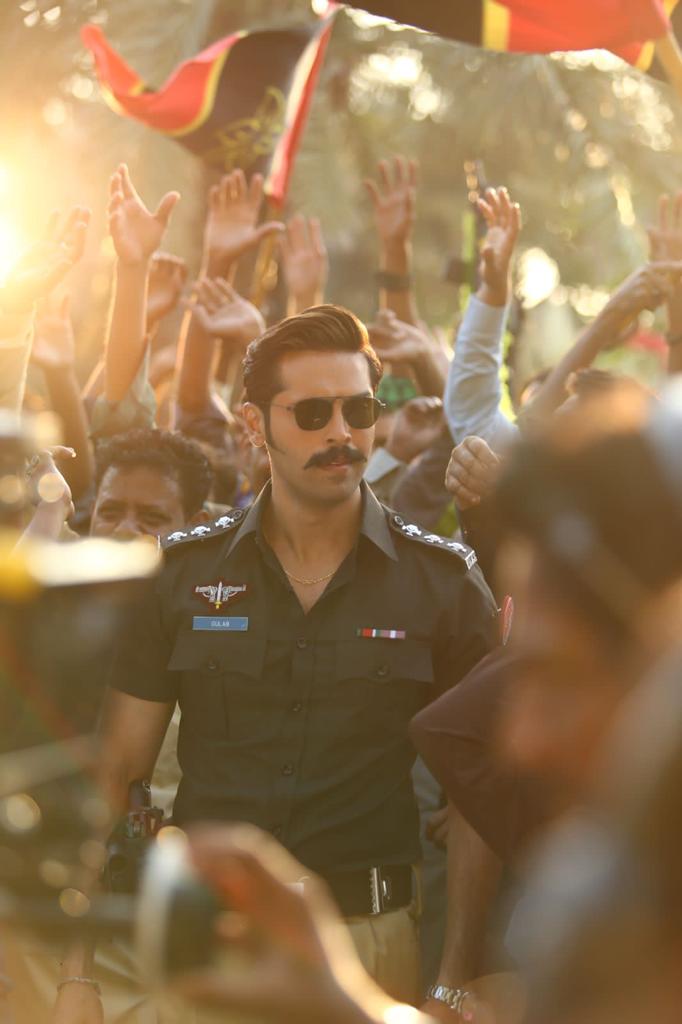 If you’ve gotten the chance to see Quaid-e-Azam Zindabad in cinemas, you would know about the benchmark Fahad Mustafa has set for cop films, and that too with Pakistan’s first contribution to the hit genre. Manifesting a cop who just can’t seem to dislike despite his shortcomings, Gulab is Mustafa’s latest offering in his long lineup of iconic characters.

After his last powerful performance in Load Wedding, Mustafa has once again come together with Nabeel Qureshi to unveil societal evils, this time focusing on how the law enforcement force works, the evils of bribery and corruption, and a utopian approach to how it can be countered. In the initial stages of the story, Gulab is fully invested in the way his corrupt department and peers work, but as the story unfolds, we see him go through major character development, made stronger by Mustafa’s acting.

The plot is made compelling by some action sequences nailed to perfection Mustafa, his stunts, and fit new physique. In addition to action, the film also comes with the right doses of romance, pairing our hero with the industry’s sweetheart, Mahira Khan. The actor’s chemistry with Khan is unparalleled, despite it being their first project together, and is convincing enough for everyone to demand more and more of their screen presence together.

All in all, Mustafa ticks off all the boxes that make a lead actor’s presence something to look forward to with every scene, regardless of how weak or strong the film’s plot is. From delivering punchy comedic lines to transitioning to a much more emotive scene in a matter of minutes, Mustafa seems to have nailed the recipe for a noteworthy role. If you haven’t seen the film yet, treat yourself and your loved ones to a pleasurable time which the local film industry gives us once every few months, if we’re lucky!