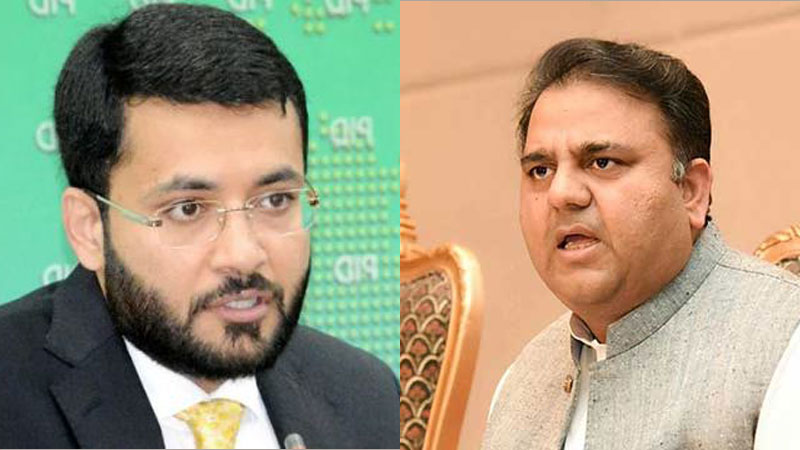 The PTI Friday accepted that it had received funds from Pakistani businessman Arif Naqvi’s Wootton Cricket Ltd – a Cayman Islands-incorporated company – after a foreign publication reported that its donations were of foreign origin. “All the records [related to those transactions] are available,” PTI Central Deputy Secretary Information Farrukh Habib told a press conference. The PTI leader said that there was no case against Naqvi or his Abraaj Group in 2012 and that the businessman had given £20 million to PML-N supremo Nawaz Sharif and his brother, Prime Minister Shehbaz Sharif, in “bribes”. “Naqvi also hosted a dinner for Nawaz, they should respond to these claims as well,” he demanded. Habib said that a “media trial” is conducted against the party every now and then related to foreign funding. “The case against PTI is not related to foreign funding, rather it is of prohibited funding […] foreign funds are used for working against an incumbent government; that’s not the case here,” he said. Habib said that his party laid the foundation of funding in Pakistan. He added that overseas Pakistanis send $32 billion annually to the country and they also donate them to PTI. He reiterated that the verdicts of PTI, PPP, and PML-N’s foreign funding cases be issued on the same date as he demanded that the ECP demonstrate responsible behaviour.

The PTI leader claimed that the PML-N hid 112 accounts from the election commission, PPP hid 11 and did not give records of Rs3.6 million to the ECP. After the report created a stir on social media on Friday, PTI’s Fawad Chaudhry offered explanations. First, tweeting in English he referred to Naqvi’s affidavits submitted to the ECP and the PTI. If there is any illegality it’s between Naqvi and the UK authorities, Fawad said. Fawad then also claimed that the FT story said $20 million were “paid” to Sharif as a bribe by Naqvi.

In subsequent tweets in Urdu, Fawad compared the legal proceedings against Abraaj Group with the BCCI scandal – Bank of Credit and Commerce International was founded by Pakistanis in 1970s but collapsed after a Western money laundering investigation. Fawad also claimed that the “Israeli lobby” was behind the foreign funding “propaganda” against the PTI.

In a separate statement, Fawad said that the PTI demands that the Election Commission of Pakistan (ECP) should announce the verdict in all three parties’ – PTI, PML-N, and PPP – funding case be announced at the same time. “The PTI has submitted details of more than 40,000 donors to the ECP. Overseas Pakistanis, just like they support Pakistan, also support PTI,” he said.