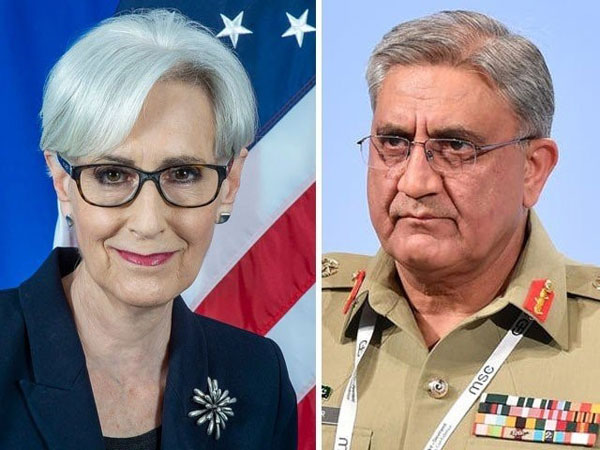 Army Chief General Qamar Javed Bajwa has reached out to the US administration for help in securing an early disbursement of a tranche of bailout package from the International Monetary Fund in an effort to stabilize the dwindling economy.

According to a report published by Nikkei Asia, Gen Bajwa spoke over phone with US Deputy Secretary of State Wendy Sherman earlier this week. The report said Gen Bajwa made an appeal to the White House and the Treasury Department to push the IMF to immediately supply nearly $1.2 billion that Pakistan is due to receive under a resumed loan programme. The IMF has already granted Pakistan “staff-level approval” for the loan in question on July 13. But the transaction – part of the IMF’s $6 billion Extended Fund Facility for Pakistan – will only be processed after the multilateral lender’s executive board grants final approval.

The IMF is going into recess for the next three weeks and its board will not convene until late August. No firm date has been set for announcing the loan approval for Pakistan, according to an IMF official who also spoke on condition of anonymity. The Foreign Office (FO) Friday also confirmed that there had been contact between Chief of Army Staff General Qamar Javed Bajwa and US Deputy Secretary of State Wendy Sherman. Addressing the weekly briefing in Islamabad after confirming Gen Bajwa’s contact with the US official, spokesperson Asim Iftikhar Ahmad said the FO wasn’t aware if the two officials had talked about the economy. “Our understanding is that ISPR (Inter-Services Public Relations) will be able to comment on it,” he added. On Friday, General Bajwa and General Michael Erik Kurilla, Commander United States (US) CENTCOM had a telephonic conversation.

During the call, matters of mutual interests, regional stability as well as defence and security cooperation were discussed in detail. The COAS said that Pakistan values its relations with US and we earnestly look forward to enhance mutually beneficial multi-domain relations based on common interests. Both reiterated the desire to further enhance bilateral relations in all fields. The commander US CENTCOM acknowledged the professionalism of Pakistan Armed Forces. He appreciated Pakistan’s role in regional stability and pledged to play his role for further improvement in cooperation with Pakistan at all levels.