Sibtain in, Mazari out 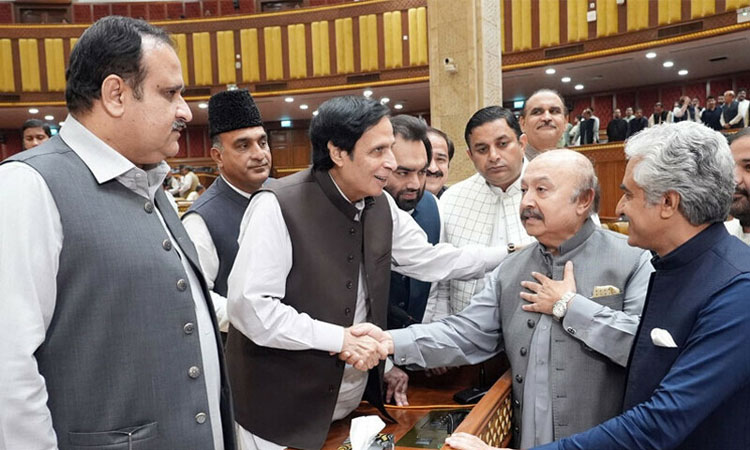 The PTI and PML-Q’s joint candidate Sibtain Khan was Friday elected the Punjab Assembly Speaker with the opposition PML-N claiming that the secrecy of the vote was compromised and ballot papers contained serial numbers. PML-N’s Hamza Shahbaz Sharif said the party will challenge the election in court.

After election, Sibtain’s first order of business was to allow a motion of no-confidence to be moved against Deputy Speaker Dost Mazari. The no-trust motion against Dost Mazari as deputy speaker succeeded with 186 votes in favour of the move.

The election for speaker’s slot was held to fill the position left vacant by Pervaiz Elahi who has become the chief minister. PTI and PML-Q jointly fielded Sibtain Khan against the PML-N candidate, Saiful Malook Khokhar. Sibtain secured 185 votes while Saiful Malook won 175 votes. Four votes were rejected. The session was presided over by the panel of chairs member, Waseem Khan Badozai. The vote count began shortly after the polling ended at around 8:30pm. Shortly after the announcement of the results, the panel of chairs administered the oath to Sibtain Khan.

Both Pervaiz Elahi and Hamza Shahbaz Sharif were present in the assembly.

Deputy Speaker Dost Mohammad Mazari, who faced a backlash from the PTI MPAs and was bombarded with lotas on Friday, also cast his vote.

At the commencement of the session, the panel of chairs stopped the opposition from speaking on the point of order when the opposition MPAs objected that cameras were installed over polling booths. 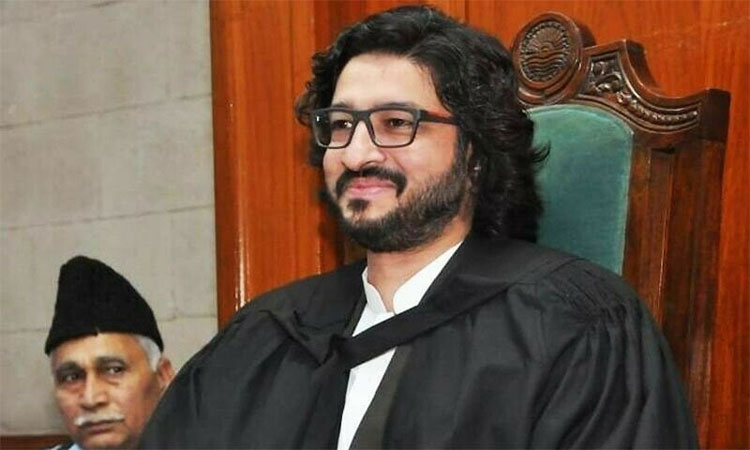 He said that the ballot paper given to him contained a serial number 340 on it, which was against the Constitution and rules. Rauf submitted a written complaint to the panel of chairs. PML-N’s Atta Tarar demanded that the election process be stopped immediately and the polling must be held again.

He said the existence of serial numbers on ballot papers was the PTI-PML-Q plan to rig the election. On the other hand, PTI’s Sibtain Khan claimed that the opposition MPAs had taken away four ballot papers, which could be used against him.

Tarar said that Sibtain’s claim about missing ballot papers validated the PML-N stance that the election must be held again. After Sibtain was declared the winner, Hamza Shahbaz Sharif said the party would challenge the election in court. He said the ballot papers were marked with serial numbers to identify who cast vote for whom. The election may decide the outcome of the political battle for the federal government as is held through a secret ballot – unlike the election for prime minister or chief minister which is held by open vote.

The opposition – comprising PML-N, PPP and other small parties – was hedging its bets on the secret ballot and the PTI was left with little room for maneuver on this issue as the Supreme Court of Pakistan has already declared in its March 2021 ruling that all elections, except for prime minister and chief minister, shall be held through secret ballot as provided by the Constitution. Interior Minister Rana Sanaullah had claimed that there will be an upset. However, PTI’s Sibtain Khan was certain of his victory.

Ahead of the election, the meeting of the parliamentary party of PML-N and its coalition partners was held at the Governor House. PML-N leader and chief whip Khalil Tahir Sindhu wrote a letter to the speaker, deputy speaker, and panel of chairmen and expressed his reservations about the staff conducting the election. He demanded in the letter that the election should be conducted according to the Constitution and election laws. He called for the addressees to ensure impartiality of the staff as any misconduct during the process would result in weakening democracy. Talking to the media outside the Punjab Assembly, the treasury candidate said that they have the majority and therefore they are hopeful to win.

It’s one’s luck who becomes the speaker but we have the required numbers, he added. He said that people are standing behind the ideology of Imran Khan. Sibtain Khan said the House will run properly if all parties abide by the democratic norms and values. Following Khan’s victory, Badozai, who is the panel chairman, administered the oath to the speaker. Sibtain, after taking charge of the speaker’s post, thanked the Assembly for entrusting him with the respect of the House. “Some time ago, the police came to the house, the house was disrespected. I will try to prevent such incidents from happening again,” said the speaker before postponing the session for 30 minutes. After his victory, Punjab Chief Minister Elahi congratulated the PTI lawmaker.

“It is hoped that Sibtain Khan will run the Punjab Assembly in a good manner,” said the CM, adding that the opposition, like before, faced another defeat today. The chief minister added that the opposition will “continue to receive such surprises in the future”, adding that the Punjab government will work day and night to serve the province. Ahead of the elections, the newly-appointed assembly secretary Inayatullah Lak approved the nomination papers of both the candidates after scrutiny.