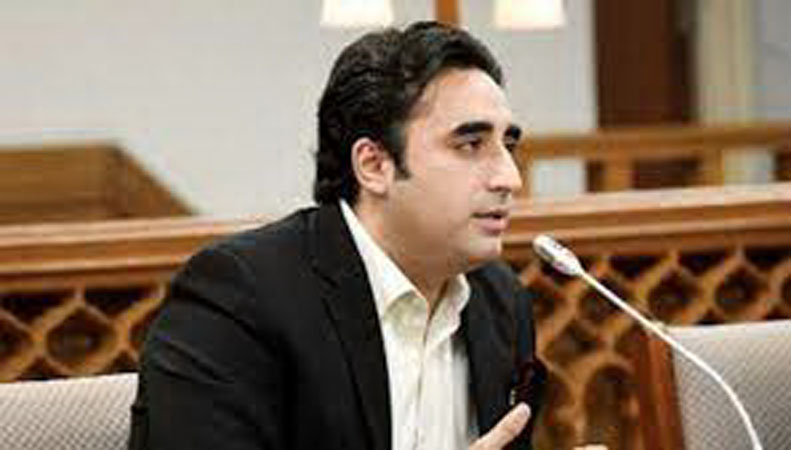 Foreign Minister Bilawal Bhutto Zardari on Friday said Pakistan would always be a strong partner in all endeavours of Shanghai Cooperation Organization (SCO) aimed at promoting collective good of the region.

Addressing the SCO Council of Foreign Ministers Meeting, he said SCO’s contributions to regional security and stability as well as to the shaping of economic and information environment would continue to grow. Vladimir Norov, Acting Foreign Minister of Uzbekistan, the foreign ministers of SCO member states, the Secretary General of SCO and Director SCO-RATS. Bilawal reaffirmed Pakistan’s unflinching commitment to the goals and principles of the SCO Charter and the “Shanghai Spirit.” He mentioned that SCO was a formidable trans-regional, multilateral Organization – representing 41pc of global population, 22pc of world’s landmass, and 23pc of global GDP.

He said the world was facing planet, today, is facing an existential threat in the shape of climate change. The foreign minister said the overall economic, social and psychological impact of Covid-19 pandemic was yet to be fully grasped, let alone mitigated. He mentioned the re-emergence of military conflict in different parts of the world and unprecedented hike of fuel and food prices as challenges taking a heavy toll on nations and citizens across the globe. He said Pakistan believed that the best course in these turbulent times was to renew faith in the time-honoured principles of inter-state relations and to reinforce the resilience of institutions.” The centrality of the principles of non-use or threat of use of force, respect for sovereignty and territory integrity, pacific settlement of disputes, and equal security for all, cannot be stressed enough,” he said.

He said it was the considered view that peaceful coexistence and cooperation – and not confrontation – must be the key drivers of global politics. On Afghanistan, he said after 40 years of conflict and instability, there was finally a prospect of forging sustainable peace and stability in Afghanistan. “We acknowledge the steps taken to improve the security environment and fight the terrorist threat from Daesh,” he said. Bilawal said Pakistan had extended humanitarian relief assistance and continues to open up avenues for more trade, transit trade, cross-border facilitation, and connectivity. He stressed it was equally important to De-freeze Afghanistan’s financial assets. He said the international community must also maintain constructive engagement and practical cooperation with Afghanistan. Bilawal said the Afghan interim authorities, for their part, should take steps to address the international community’s expectations about inclusivity, respect for the rights of all Afghans, including girls’ education; and effective counter-terrorism actions. He said the SCO Afghanistan Contact Group was a useful platform that can also be utilized for enhanced outreach. “For its part, Pakistan will remain strongly committed to a peaceful, stable, sovereign, prosperous and connected Afghanistan and work with international partners to advance our shared objectives,” he said. He said terrorism was one of the major threats that the international community continued to face. He said the valiant people, armed forces, and law enforcement personnel had made tremendous sacrifices in Pakistan’s determined fight to eliminate this scourge.

“Pakistan condemns terrorism in all its forms and manifestations, including state-terrorism perpetrated against people living under foreign occupation in disputed territories,” he said. He said the phenomenon of terrorism continued to evolve, the growing levels of intolerance, emergence of extremist and hegemonic ideologies and Islamophobic impulses have imparted a different level of lethality to this threat. Bilawal said the growth and prosperity of SCO region was also dependent on critical drivers such as e-commerce, digitalization of businesses, innovation, and security of international supply chains. He called for deepening interactions between the business communities through the SCO business council. The foreign minister said to advance this objective, Pakistan would be hosting an interaction between SCO businessmen and entrepreneurs by end 2022. He said SCO region also faced an urgent need for a development funding mechanism. Bilawal emphasized the roadmap for a stage-wise development of national systems aimed at the use of national currencies is, therefore, an important initiative that we hope would lead to enhancing intra-SCO trade. He stressed enhancing connectivity through building rail, road, sea and air links remains critical for the realization of our shared vision. He proposed the “Strategy for Developing Connectivity and Creating Efficient Transport Corridors.” He said Pakistan was actively working on the Trans-Afghan Railway (TAR) project with the brothers in Uzbekistan and Afghanistan.

“It will provide a crucial link from Central Asia to the seaports in Pakistan, providing a natural trans-shipment link to the SCO region,” he said. He said Pakistan was keen to develop mutually beneficial arrangements for the SCO countries in the area of trans-shipment, warehousing, multi modal transportation and so on. He said the China Pakistan Economic Corridor (CPEC), a flagship project of BRI, already served as a pivotal platform to help promote connectivity and regional prosperity. He announced that Pakistan would also be hosting a virtual Conference on “Transport Connectivity for Regional Prosperity” later this year. He said Pakistan was endeavouring to build the foundation for a strong e-commerce ecosystem. “This includes a sound regulatory environment, financial inclusion, and digitization through payment infrastructure,” he said. He said the government’s policy was focused on empowering youth, women and SMEs to benefit from digitalization and to provide economic opportunities to over 130m youth in Pakistan. He said towards this objective, Pakistan would be hosting the conference on ‘Youth Empowerment through Digital Economy’ later this year. He said ensuring food security in the face of severe climatic changes as well as volatility caused by conflicts is of critical importance for us all.