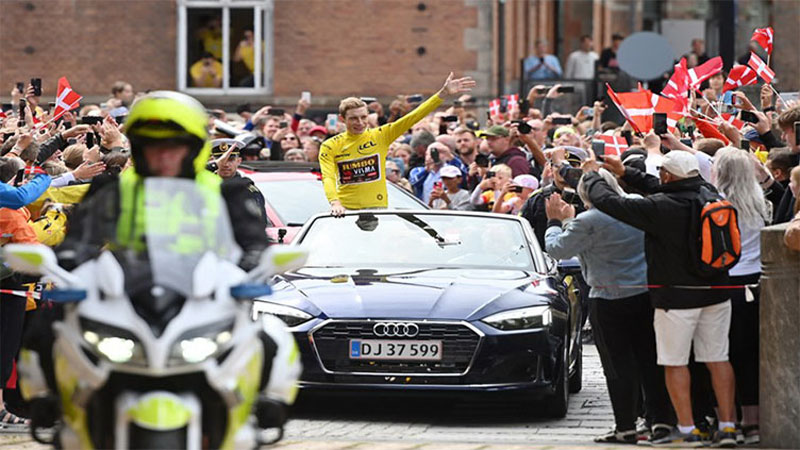 COPENHAGEN: Jonas Vingegaard received a hero’s welcome from thousands of fans as he returned to his village home on Friday following his Tour de France triumph.Over 20,000 people packed the village of Glyngore, nestled on the edge of a fjord which normally has a population of just 1,400, to greet the rider who lives there with his wife Trine and daughter Frida.Tens of thousands had also greeted the rider on Wednesday in Copenhagen three days after he became the second Dane to win the Tour de France after a gruelling race which started in his native Denmark.”A thousand thanks for supporting me for four weeks. It’s very touching that so many people have come,” the 25-year-old said from the podium.For a time wearing a horned helmet in Danish colours, the Jumbo Visma rider was driven through the streets, high-fiving fans.The second Dane to win the Grande Boucle after Bjarne Riis in 1996, the Jumbo-Visma cyclist was born and raised in Hillerslev, a village of 370 inhabitants on the shores of the North Sea, about 50km north of Glyngore.The Scandinavian climbing specialist won the Tour de France on the Champs-Elysees on Sunday.