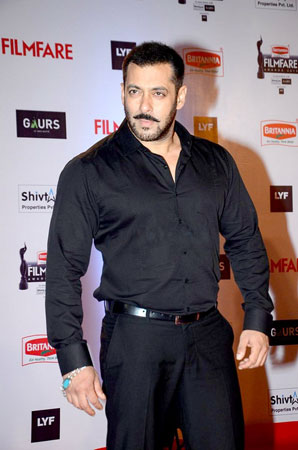 A report by an Indian news agency stated the Bajrangi Bhaijaan star applied for an arms license following his meeting with Commissioner of Mumbai Police Vivek Phansalkar. They had discussed the threatening letter.

He has armour and bulletproof glass installed in his SUV. Moreover, his glasses of the vehicle are now thicker than that of a regular vehicle.

It is pertinent to mention that Lawrence Bishnoi is under Delhi Police’s custody.

Gangster Lawrence Bishnoi had admitted to hiring a sharpshooter and getting a special rifle to kill Bollywood superstar Salman Khan.

During a recent interrogation, gangster Lawrence Bishnoi, who is the main accused in the Sidhu Moose Wala murder case and had also been involved in attempts to kill Salman Khan – revealed shocking plot details to kill the ‘Dabangg’ actor back in 2018.

As per the reports from Indian media, the gangster admitted to Delhi police during interrogation that he had appointed one of his gang members – Sampat Nehra – to shoot the actor. However, the shooter couldn’t succeed in the mission as he failed to get a clear aim with a pistol. Later, Bishnoi bought him an RK Spring rifle of INR 4 lakh for the job.

Moreover, Bishnoi also warned that ‘Salman Khan will never be forgiven for killing a blackbuck’ unless he tenders a public apology. The gangster – who belongs to the religious Bishnoi community – said during the interrogation, “since the Bishnois consider the blackbuck to be the reincarnation of their religious guru, Bhagwan Jambeshwar also known as Jambaji, acquittal or punishment from the court will not be the last verdict for him,” adding that ‘the actor and his father either tender a public apology in Jambaji temple or the Bishnois will kill them’.

For the unversed, Khan was accused of killing two blackbucks – a protected species under the Indian Wildlife Protection Act, which are also considered sacred for the Bishnoi community. The actor was sentenced to five years in jail and an INR10,000 penalty in the case however, was later granted bail.