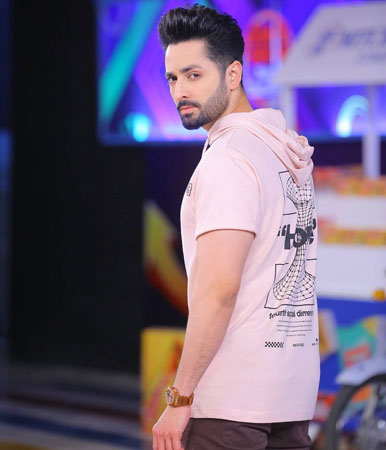 The actor took to his handle on the photo and video sharing application, Thursday, to celebrate the overwhelming response to the latest aired episode 12 of the serial ‘Kaisi Teri Khudgarzi’, which is trending on the video publishing platform YouTube, with over 11 million views and counting.

Taimoor aka everyone’s favourite Shamsher shared a sequence from the episode on his Instagram feed, with a soulful Arijit Singh track from the Indian movie ‘Ram Leela’ playing in the background. “Thank you everyone for your love… 9 million views on youtube in 23 hours,” he acknowledged in the caption of the clip.

Taimoor further penned one of his viral dialogues from the episode and thanked the writer of the play Radain Shah for the great work.

The clip – watched by millions of Instagram users – also garnered applause for his performance in the comments section, some of which read:

Your acting was mind blowing

The trending serial follows the tale of a business tycoon’s son Shamsher who falls in love with Mehak (Dur-e-Fishan Saleem), belonging to a middle-class background.