Kareena Kapoor: ‘I’m never running away from the fact that I’m 42’ 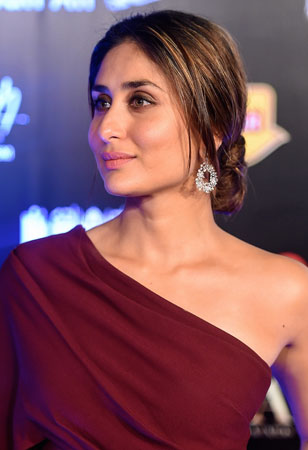 We have remained true to Jenny’s character. Rupa is like the soul of the movie. Basically, it’s a love story. Laal (Aamir Khan) keeps looking for her at different stages of his life. For Rupa’s role, Aamir did my screen test. He was very upfront about it, knowing well that I have a body of work spanning 22 years. I am very happy that he did it because he became 100 per cent sure that I was his Rupa. That’s how the journey began. After that, we have been through a lot – the pandemic, my pregnancy. When people watched the trailer, they questioned why so much graphic was done on our faces. But a lot of people don’t know that the story starts when they are much younger. Obviously, Aamir and I are not that young. So, we have done a lot of de-aging.

You must have gone through a whole range of emotions during its making as you got pregnant, had your second son Jehangir, and also dealt with the lockdowns.

I was at home, thankfully. The film got stalled because of the lockdown, and I was pregnant. When things opened up, Aamir tried to finish the film. We had not worked for almost a year by then. We had to pick up the pieces and start work. I was shooting when I was five-month pregnant, which was easy. I enjoyed doing it. In fact, I worked till the eighth month. It was very cool of him to be so open about the fact that I could come to shoot at that time. Mainly because we still did not know many things about the pandemic. Hopefully, now people would appreciate the effort and like the film.

What kind of rapport do you share with Aamir Khan whom you have known for many years?

I have known him since I was 9. When I was 12, he was shooting with Lolo (her sister Karishma Kapoor) for Andaz Apna Apna (1994). I am 42 now and it’s a relationship of over 30 years with him. From behind the camera, I have watched him and my sister perform in multiple movies. My childhood has been spent watching Lolo act with Aamir, Salman (Khan) and Akshay (Kumar) as I aspired to work with them. It’s amazing that Aamir has worked with both the sisters in blockbuster movies. I respect him tremendously as an actor. He has a lot to offer to other actors. I have done some amazing work with him in 3 Idiots (2009), Talaash (2012) and now Laal Singh Chaddha. I believe we make a fantastic on-screen pair. Our scenes in Laal Singh… are probably the best ones in the movie. The kind of passion he brings to the sets is very different from others. That has perhaps sustained him as a top star for over three decades.

It’s a mix of many things, including passion and talent. I love what I do. I have always maintained that the day I stop loving what I do, I won’t look back. I love acting. I also love being in front of the camera, photographed and being in the limelight. But I am also a very private person. I love my family and life as much as I love my career. I have never chased success alone, even in my 20s. I have done the movies I wanted to be a part of. Refusing certain movies are probably some of my biggest mistakes but I take that in my stride.

After trying to work together for 15 years, Sujoy (Ghosh) and I have finally come together for a movie based on The Devotion of Suspect X for Netflix. Working on this has been one of my best experiences. For Laal…, my director is Advait (Chandan), who has directed only one movie so far. Then, I am working with Hansal Mehta, who comes from a different world. But that’s how fire starts – when you rub two things together. Hoping that our energies rub off on each other. That’s what happened on the sets of The Devotion of… where I am working with actors Jaideep Ahlawat and Vijay Varma. They come from a different school of acting and I have learnt so much from them.

Hansal’s movie I would say has that kind of a feel. I am offered a series a day and I try to read their synopsis. I am scared to do a show right now because I want mine to be amazing. Everyone is doing a crime show or a thriller. But I will wait till I get something that’s a really exciting script. Everyone is doing amazing work. But the energy of Ekta and Rhea, who are gutsy, matches mine. We always come up with great ideas. I believe somehow women understand me really well. Veere Di Wedding (2018) was one of its kind and at the same time a box-office success. In the commercial space, very few films have been made on female friendship. The next movie I am doing with Rhea is in the commercial space but again women-centric. We have locked a really amazing cast with three stellar actors and Rhea should be announcing this soon.

What has been your toughest role so far?

People think doing comedy or being Poo (in Kabhi Khushi Kabhie Gham, or K3G, 2001) is easy. But I find those very tough. There is a fine line between acting and overacting. You are constantly on your toes. However, I enjoy doing comedy films as that comes naturally to me – be it Golmaal (…Returns, 2008, and …3, 2010) or K3G. I don’t judge if a role is tough but wonder if I am going to have fun doing it. However, if asked to pick one it has to be my titular role in Chameli (2004). I was just 21 and playing a prostitute. No one believed at that time that I had the look of the character. I am happy that I took up that role and proved myself.

Does it disappoint you when some of your performances, for instance Rosie in Talaash, don’t get noticed as much as they should?

I believe Talaash as a film should have got more appreciation – it was very well made and shot. Rosie is a beautiful character. Maybe because it wasn’t a big dhamaka movie, it was not talked about. But a section of the audience will always remember good performances.

In our society, we are still battling this (attitude). This is only natural that we grow old. And it’s fine. You are as old as you look. And we look fantastic. We are all in our 40s. The fact that the photo went viral is because people gave this maximum attention and talked about it the most. But I am never running away from the fact that I’m 42. I don’t think I felt better or looked better. Sometimes, I look at the 20-year-olds and think I don’t want to be in my 20s. I don’t want the pressure of looking good and finding success. As long as you are happy with what you do, that’s all that matters.