Arjun Kapoor on body transformation: ‘I lost weight earlier, but then I was trying to run away from realities of losing my mother’ 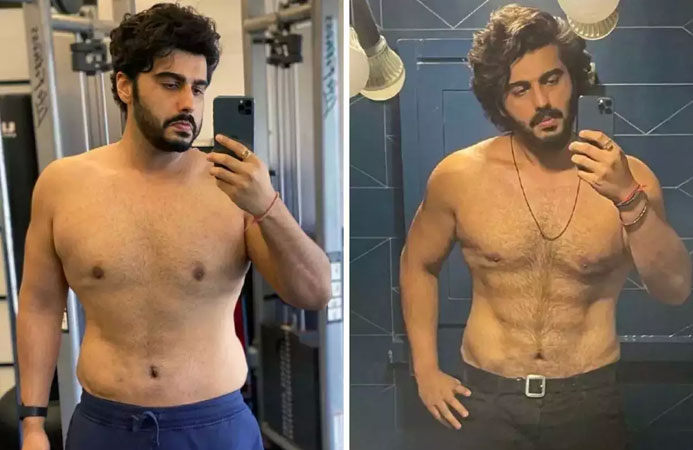 Arjun Kapoor’s first theatrical release in two years, Ek Villain Returns, released this Friday. The actor, who shared photos of his massive body transformation on Instagram recently, is looking fitter with every new picture he drops on social media.

Arjun, however, has faced massive trolling over the years for his weight. In this interview, he talks about what encouraged him to take his health more seriously, and the impact that trolling left on him. The actor says that haters need to understand how it can effect people, “Maybe for them if is just a joke, but it can scar somebody, affect somebody emotionally, torment them”.

Arjun says, the pandemic has renewed him; he feels like a newcomer promoting his film. He says, “Post the pandemic, I feel like a newcomer. My last release in theatres was Sandeep Aur Pinky Faraar in 2019, and then I had a couple of films on digital.”

Arjun, in his decade long journey in Bollywood, has had several hits and misses, but has pushed harder with next film. He says, “I feel you can’t sit and mope or you can’t sit and gloat. You can’t rest if things are going well, and you can’t be down and out just because one Friday didn’t pan out the way you wanted. I’ve grown up in an environment where I’ve realised that people around me change on Friday but you shouldn’t, regardless of the success of failure.”

Arjun has relished success with films like Ishaqzaade and Ki And Ka, among others, but he has also experienced failure with some of his recent releases like Panipat, Namaste England and a couple more. But he says he enjoys working, and while he learns from his failures, he doesn’t allow it to bog him down.

He says, “I enjoy working, I think an empty mind is devil’s workshop, and in my case it is very very true. If I sit at home without work I won’t be of use to myself or anybody else. When I am active and working, I am alive. When I move forward and find a better part of myself to put on screen, I am a better person also.”

The actor then shared how he is experiencing a balance in his life and is looking forward to do more work. However, choose his projects precisely and looking at criticism constructively. He shares, “Of late, I’ve been able to balance my life. It happened because of the first lockdown, where I realised that I need to take better care of myself. You can’t lose perspective on how to be in love with yourself. That balance has come after ten years, it’s become little easier, but I’ve always tried to move forward because I love working. I feel an actor is allowed to fail, you can’t hold yourself accountable all the time, and you can’t believe that the audience is wrong and be angry with them that they are not appreciating (your work). You should actually respect that fact and say that you’ll go again and try harder, there no harm in that.”

Talking about his body transformation, the actor says it was not an easy decision to share the photos on social media. “We have given you the access to our lives through social media as we’ve put ourselves out there. Opinions have now become very very accessible and people can share that. I don’t think people realise what they type or say anymore because for them it is just a joke, just a game, they’re just sitting around and fooling around. They don’t realise that they can actually scar somebody, or affect somebody emotionally or torment somebody with just a single statement.”

He shares, “There is a desirability factor in our cinema. I came here when people found me desirable, but I didn’t come with that intent alone, I came in to work. But my Ishaqzaade character made me look desirable, in Gunday I looked the part too. So, I did set a precedent and expectations, and so if I am not fulfilling that expectation on screen then you have every right to be upset with me, be disappointed in me. I respect that opinion in context to a film, but it is not that I didn’t try. It was not panning out the way it should have. I had lost weight earlier, but then my health took over, my life took over. I was trying to run away from realities of life, of losing my mother, so I lost weight, quite a bit.”

Arjun then shares how he gave himself the time and care that he deserved during the Covid-19 induced lockdowns. He shares, “During the lockdown, I was really able to put in structure and understand the feedback. I look at criticism in a constructive way, not the trolling. I am talking about people who actually care about my films not panning out, people around me as well as the media who I respect and regard. To be healthier and fitter in life is an achievement.

To be the best version of yourself, working on yourself is an achievement. And nobody is allowed to degrade you for not having a perfect body.”