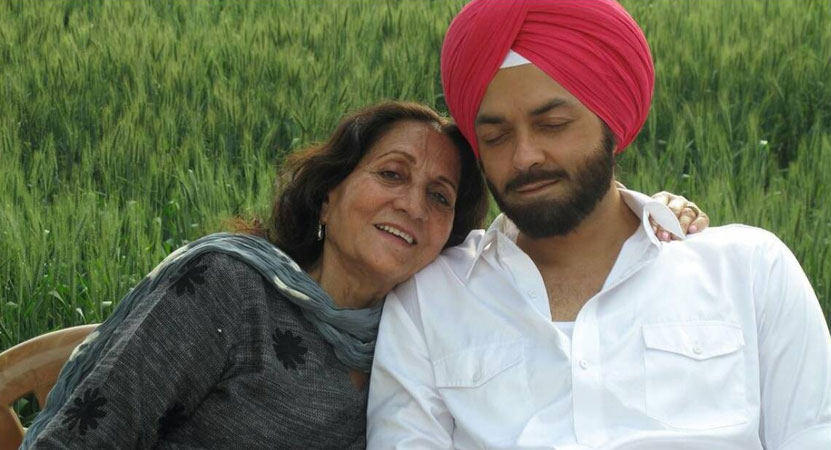 Actor Bobby Deol gave his followers on Instagram an ‘aww’ moment with his post uploaded on Friday. He uploaded two pictures with his mother Prakash Kaur, giving fans a glimpse of the beautiful bond he shares with her.

It seemed that Prakash Kaur was visiting Deol on what seemed to be a shooting set as the actor was turban-clad and wore a white kurta. He captioned the picture as, “Love u Maa”. While in one picture she rested her head on Bobby Deol’s shoulders, in the other one both of them smiled at the camera.

The post was flooded with comments from fans who showered themselves with heart emoticons on the post. Some fans commented that they wished to see a family pic featuring Dharmendra and Sunny Deol too. Bobby’s colleagues from the industry such as Vikrant Massey, Darshan Kumaar, Deanne Panday amongst others also reacted to the beautiful pictures.

Recently, actor Sunny Deol too had uploaded a picture with Bobby and their father Dharmendra. The picture had received a lot of popularity from his fans as it made for a beautiful frame with the Deols smiling at the camera.

Sunny Deol had captioned the post as, “Happiness is Loving And Being Loved. That’s what Life Is.”

On the work front Bobby Deol was recently seen in ‘Love Hostel’. He will soon be seen in ‘Apne 2’ and ‘Animal’. His web series ‘Ashram’, directed by Prakash Jha, had brought him critical acclaim for his role of Baba Nirala.