Bangladesh in search of boost as first T20Iagainst Zimbabwe today

HARARE: Bangladesh’s stand-in captain NurulHasan hopes a “fearless” approach in Zimbabwe can reverse the team’s Twenty20 struggles after a run of just one win in 13 matches in the format.The wicketkeeper has been appointed skipper for the three-match series in Harare, stepping in for MahmudullahRiyad who is expected to be replaced full-time by Shakib Al Hasan next month.Shakib, Bangladesh’s Test captain, is on personal leave while Mahmudullah and Mushfiqur Rahim are also being rested.Mushfiqur opted out of the West Indies tour to make the Hajj pilgrimage but will return for the ODI series that follows in Zimbabwe.Bangladesh will be without Tamim Iqbal following his retirement from T20s, but the experienced opening batsman is due to captain the ODI squad.”We are lagging behind in Tests and T20s compared to one-day internationals. It is important for us we improve,” Nurul said last week in Dhaka.”For me fearless cricket is important. We will see if we can do this,” he added.

“If we remain fearless, the chances for things turning positive will be high. When you have fear of failure it will affect you negatively.”Pace bowler Hasan Mahmud, who last played an international match 16 months ago, was included in both the T20 and ODI squads after regaining full fitness from injury.Uncapped opener Pervez Hossain has been called up, while MehidyHasan, a Test and ODI regular, could also feature in the T20 matches on July 30-31 and August 2.Zimbabwe rebounded from two disastrous white-ball series at home to Afghanistan by clinching a spot at the Twenty20 World Cup for the first time since 2016.A pair of 3-0 losses in both one-day international and T20 series cost Lalchand Rajput his job, with former star Zimbabwe batsman Dave Houghton returning for a second spell as coach.

Zimbabwe won all five matches in the qualifying tournament under Houghton in Bulawayo, and aim to the use the upcoming visits of Bangladesh and India, who tour in August, as preparation for the World Cup later this year in Australia.”It is very exciting because now we are looking forward to something,” Zimbabwe all-rounder SikandarRazasaid.”Everything we do now is a build-up to Australia. We want to be in the main tournament. We want to cause a few upsets.”We are trying to beat all these teams so that we can form a culture, so that when we get to Australia, we have a winning changing room.”

Zimbabwe seamerTendaiChatara risks missing the World Cup after fracturing his collarbone, while fellow bowler Blessing Muzarabani is sidelined with a muscle problem.Victor Nyauchi and Brad Evans were named as replacements. Both made their international T20 debuts in May but neither have played an ODI.All the matches will be held at the Harare Sports Club ground, with the ODIs — which are not part of the World Cup Super League —- scheduled for August 5, 7 and 10. 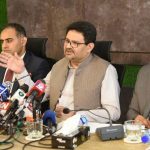 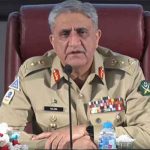