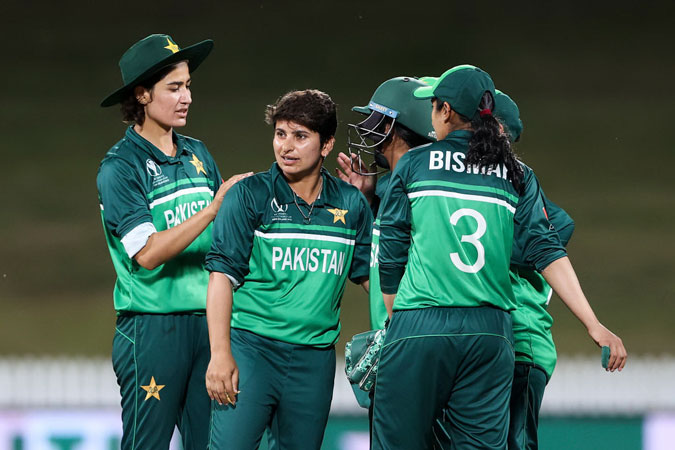 LAHORE: Despite the rain affected tri-series in Ireland, which hampered the team preparations, the BismahMaroof-led Pakistan are confident of a good show in the Commonwealth Games cricket event in Birmingham. The green shirts, placed in Group A, open their campaign against Barbados with a day-night match at Birmingham’s famous Edgbaston Stadium on Friday (today). After the Barbados clash, Pakistan play arch-rivals India on Sunday, 31 July, followed by a match against T20 world champions Australia on Wednesday, 3 August. The top two sides from each of the two pools (four teams in each pool) will progress to the semi-finals that will be played on 6 August with the third position playoff and final scheduled to take place on 7 August.

All 16 event matches will be staged at the Edgbaston Stadium.

In the Ireland tri-series, only one out of Pakistan’s four matches were completed. Nida Dar’s all-round performance which won her the player of the match award, guided the team to a 13-run win over the hosts courtesy the DLS method.

The two matches against Australia had to be called-0ff midway while the other group match against Ireland was abandoned without a ball bowled.

Rain interruptions also hampered the pre-tour camp in Islamabad earlier this month. David Hemp, the team’s head coach though believes that Pakistan will stay competitive in the Commonwealth Games as the squad aspires to impress and show their mettle regardless of the challenge of three formidable sides in Group A. Head Coach David Hemp said on the eve of the match : “Unfortunately the matches in Ireland got curtailed due to the weather but we did manage to complete all practice sessions. The players experiencing different conditions in the UK was a very valuable exercise. We were looked after very well in Ireland and want to thank the organisers for making the tour an enjoyable one.

“Since arriving in Birmingham we have completed one practice session which was last night at Edgbaston and the players are really excited about the event. The game on Friday is what we have our eyes as we played two practice matches against MCC yesterday, the idea was to utilise all players in the squad in the two games and give them match exposure before the formal start of the event.

“The match against Barbados will be a big challenge as they are a formidable unit as most of the players’ make-up the West Indies side. It is a great opportunity to play at a venue like Edgbaston and we hope the weather will be kind to us and we get to play all three pool games in the coming week.”