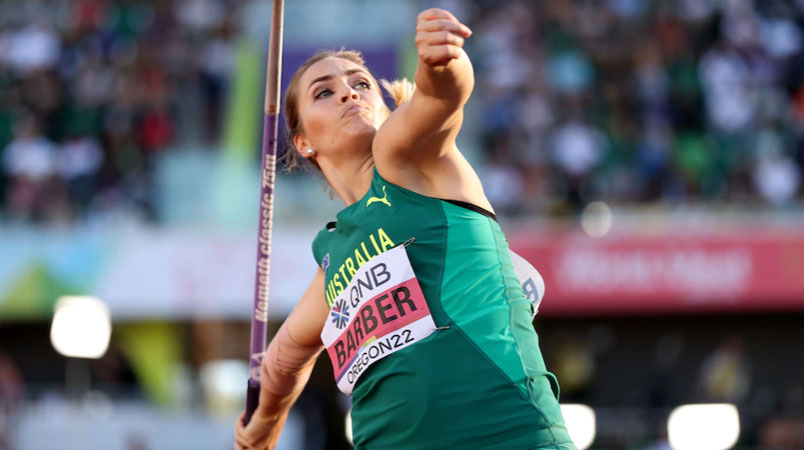 SYDNEY: Javelin world champion Kelsey-Lee Barber’s bid to also win the Commonwealth title was dealt a blow Thursday, with the Australian testing positive for Covid-19, team officials said. Barber, who claimed her second world crown last week at Eugene, Oregon in the United States, tested positive at the Australian team camp ahead of the Commonwealth Games in Birmingham this week.

But with the women’s javelin final not until August 7, she could still compete. “Kelsey-Lee Barber is not out (of the Games),” the team’s high-performance manager Andrew Faichney told Australian media.

“I have to reconfirm, but I think the organising committee has said that if an athlete is well and healthy enough, then they are going to be able to compete, and so that is what we are working through.”

Barber, who won bronze at the Tokyo Olympics, retained her world title with a throw of 66.91 metres, ahead of American Kara Winger and Japan’s HarukaKitaguchi. She was considered a strong favourite in Birmingham after winning bronze and silver at the past two editions of the Commonwealth Games. Faichney also told local media that Olympic bronze medal-winning decathlete Ash Moloney would miss the Commonwealth Games. Moloney was forced to withdraw from the world championships last week due to a knee injury and has not recovered.