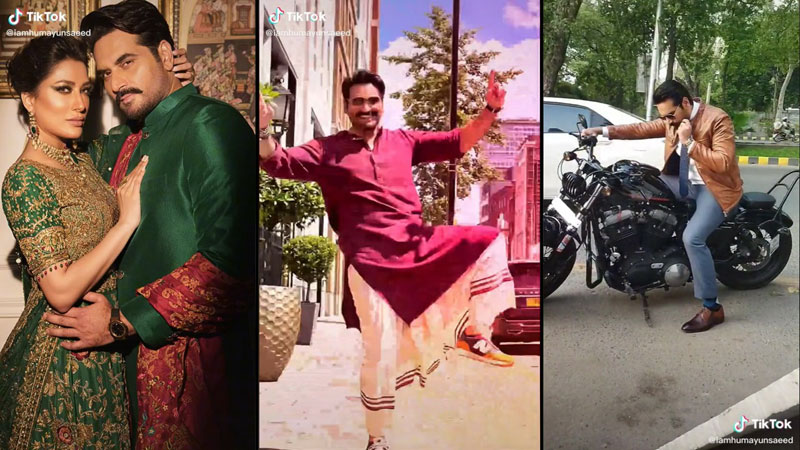 Pakistani superstar Humayun Saeed has officially joined TikTok and fans are excited about it.

The Meray Paas Tum Ho actor arrived on the platform with a verified account and racked up more than 50,000 followers within no time.

“TikTok is undoubtedly one of the most popular platforms in Pakistan and what I love about it is its ability to tie the entire country together with the bond of entertainment,” said the 50-year-old actor.

“The creativity that I have witnessed on this platform is unmatchable and it is such an endless source of joy. I couldn’t resist getting on board this platform and create fun yet responsible content for my fans who want to see me more often and stay connected with me,” added the Pakistani producer.

In his first video, he shared a clip from his recording set with the caption saying, “Jacket in this hot weather – things you do for the love of acting! AyeMausam.”

The Jawani Phir Nahi Ani actor crossed 50,000 followers, more than 2.3 million views, and 190,000 likes after he posted five videos from his different recording sets. His account is rapidly growing as his fans join him on TikTok to see what the legendary actor will be bringing to them.

His other video from the set of his recently launched film, ‘London Nahi Jaunga’ went viral on the platform gaining more than a million views. Fans are definitely enjoying his content.

Humayun Saeed is one of the most famous film and drama stars in Pakistan who also became the first Pakistani to be featured in the Netflix original series ‘The Crown’.