* Milind said, 'I think the debate is good, the discussion is good' 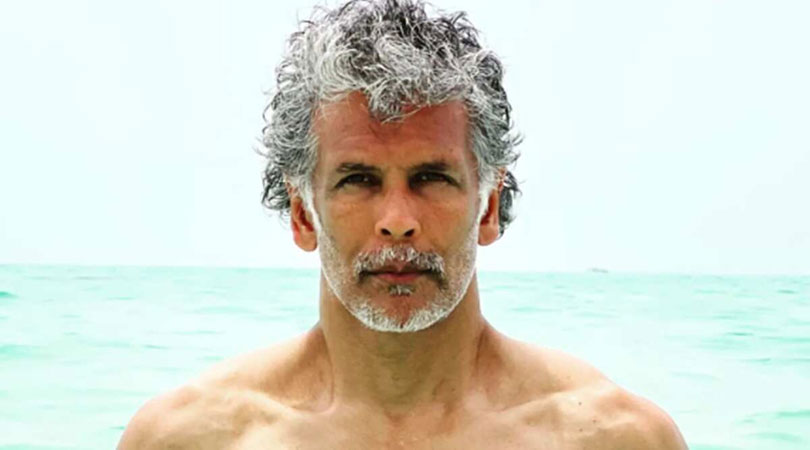 Bollywood actor Ranveer Singh has landed in legal trouble for posting nude photographs on social media. An FIR has been filed against the actor for ‘hurting women’s sentiments’. While a lot of them have trolled him for baring it all, but he has received immense support from his colleagues and fans. Amongst everyone, actor and fitness enthusiast Milind Soman has also shared his thoughts on the entire controversy.

He was one of the first actors who went nude for an advertisement with Madhu Sapre in 1995. Milind also faced legal trouble back then and his case went on for 14 years. While speaking to ETimes, Milind gave a detailed explanation of why having a debate or an opinion is good. He also spoke about his own ad and how he went nude again despite facing legal issues.

Milind said, “I think the debate is good, the discussion is good. Everybody has an opinion which is good. There are lots of people who liked the pictures, and then there are people who didn’t like them and that is good. I am saying in our history, as the human race, there has never been a time where everybody liked everything. There were always people objecting. Even when the temples of Khajuraho and all were carved, which we talk about all that as a part of Hindu culture, and they have got naked people on them doing things, even at that time maybe there were people who objected that we don’t know. There are lots of people who object about lots of things. I mean it’s okay, who cares? Finally, what has happened…only discussion and debate which is a good thing. I think for a country like India, we are hearing everybody’s voice today, why is that a bad thing? In ancient times, you heard only the voice of the king, then rich people, then socialites. But today, you can hear everybody’s voice. We don’t know how to deal with the fact that today we can hear everybody’s voice. But is that a bad thing? That’s what we want. We want everyone to have a voice. So when you want to hear everyone’s voice, you will hear what they are thinking.”

He further added, “There was a lot of noise even when I did the shoes ad. I mean we were arrested, there was a case that went on for 14 years and we were acquitted. But that’s okay, I still shot nude after that and before that too. How does it matter? Every time there is discussion and debate, things get better. Till the 1930s, almost till the 1940s in America, men were not allowed to go shirtless, it was illegal. There are people who object to all kinds of things. Imagine, if nobody objected to anything or they couldn’t object…So now that they can, you must listen. It’s not that we have to do what they say, you have to do what you believe is right. If there is any law that says what Ranveer Singh has done is wrong, then let the law take the action. Even when there was no social media at the time of that shoes ad in 1995, the law was there and it did what it had to do and that was it. I didn’t complain…okay, I did complain but you have to take it. People will discuss your actions and say, ‘We think you are wrong’ or ‘we think you are right and amazing’. They will say what they have to say. I think it’s amazing. As somebody in the position or being in that position for more than 30 years now, I would say it’s amazing.”