19th Amendment was a ‘mistake’: Bilawal 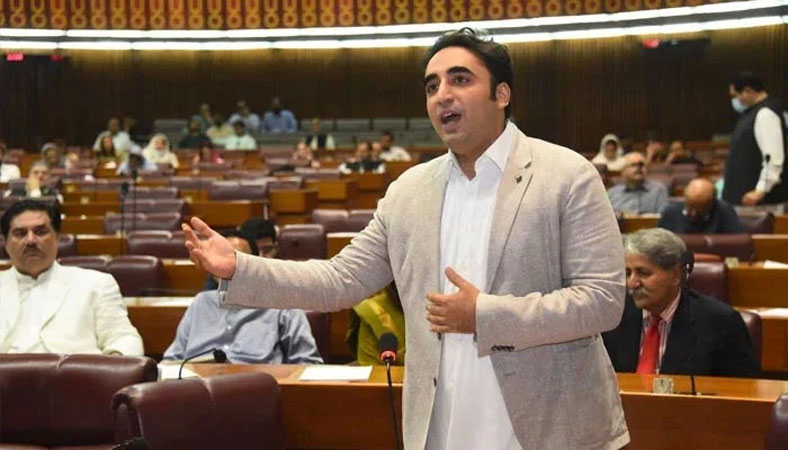 Minister for Foreign Affairs and Pakistan People’s Party (PPP) Chairman Bilawal Bhutto Zardari on Wednesday said it was high time for effective legislation to safeguard democracy and the constitution, instead of mere chanting slogans. He expressed these views in the National Assembly while making a demand for constituting a joint parliamentary committee on the judicial reforms through effective legislation. “Pakistan’s journey to democracy will remain incomplete without bringing judicial reforms . . . The PPP is ready for it [judicial reforms] as it is an unfinished agenda of the Charter of Democracy (CoD), signed by Benazir Bhutto and PML-N (Pakistan Muslim League-Nawaz) Quaid Nawaz Sharif,” he said.

Bilawal said there were certain issues related to the formation of court benches, taking suo moto notices and appointments of judges in superior courts, which needed to be addressed. Bilawal The foreign minister said the government and the leadership of Pakistan Democratic Movement (PDM) had been requesting the Supreme Court to set up a full court bench for hearing the Punjab chief minister’s election case, and it was not meant to pressurize any institution. He said the full-court bench was imperative when “a constitutional institution was going to decide about the other one and we would have accepted its decision whatever it was”. He said when the previous National Assembly’s speaker and deputy speaker violated the constitution, the PPP had made the same demand as it was the “question of the constitution and democracy’s future”. “Our demand for the full-court was neither met at that time, nor now,” he added.

The full-court demand was “legitimate” and “in accordance with the constitution”, he claimed, adding the apex court was responsible for the interpretation of the constitution. Bilawal admitted that it was a “mistake on part of the PPP” to approve the 19th constitutional amendment. However, the PPP chairman – while addressing the National Assembly – said that the party was threatened that if the 19th amendment was not passed then the 18th one would be revoked; “We caved in and passed the 19th amendment”.

“We [PPP] should have stood against those who threatened the government at that time,” he said. In 2011, former president Asif Zardari signed the 19th Amendment Bill, making it a part of the Constitution. The 19th Amendment Bill, while envisaging a new system for appointments in the superior courts, aimed at neutralising a probable source of conflict between the judiciary and the executive. Regarding the Supreme Court’s verdict announced a day earlier, Bilawal said: “It is unfair that there is one Constitution for us [coalition government] and another for the ‘ladla’ [favourite].”