NA for setting up ‘Joint Special Committee on Judicial Reforms’ 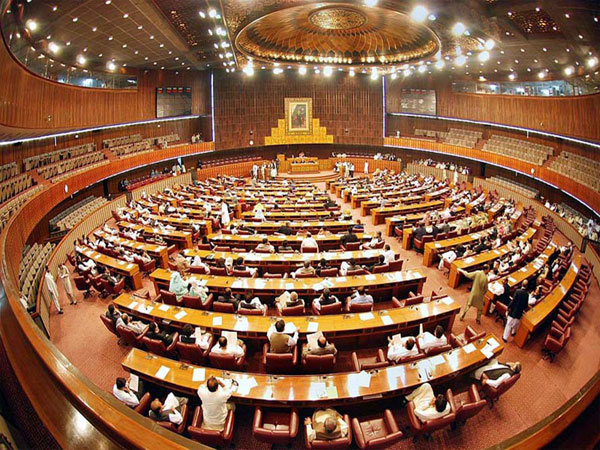 The National Assembly on Wednesday unanimously adopted a resolution for constituting a “Joint Special Committee to Judicial Reforms”, moved by Minister for Law and Justice Azam Nazir Tarar. According to resolution, Parliament is the supreme legislative body having the sole prerogative of enacting laws including the amendments in the Constitution of Islamic Republic of Pakistan, 1973. It added that the Constitution envisages tracheotomy of powers amongst three organs of the state, namely the legislature, executive and the judiciary, it is the legislature which has been assigned the tasks of law making, the executive to execute such laws under the doctrine of Separation of Powers, the judiciary to interpret the laws; under the Doctrine of Separation of Powers.

“None of the organs of the state can encroach upon the powers of the others; and whereas the Constitution of Pakistan has entrusted this Parliament with certain constitutional mandates including the powers to confirm the appointments of judges of Superior Courts in terms of Article 175 A of the Constitution of Pakistan, 1973.” said the resolution. It further stated that there is a long pending agenda of what is left over from the Charter of Democracy, and that the entire journey of democracy from 2008-2022 was defined by a search for parliamentary sovereignty, the supremacy of the Constitution and a balance of power between all pillars of the state; And whereas, the Parliament being the representative of the will of the people of Pakistan, shall not allow any other institution to transgress and encroach on its powers, it said.

Hence, this house resolves that to ensure the supremacy of the parliament and the Constitution, a Joint Special Committee of both houses of the Parliament to institute the requisite judicial reforms, which are the need of the hour, concluded the resolution.