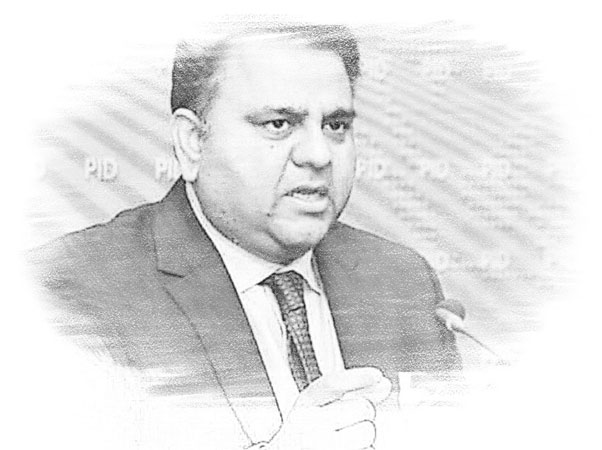 Former federal minister Fawad Chaudhry claimed on Wednesday that dismantling the federal government was no longer a big deal for the PTI.

“The federal [government] is on a ventilator and we can pull the plug whenever we want to,” he said while talking to media persons on Wednesday.

The PTI leader bashed federal ministers Rana Sanaullah and Marriyum Aurangzeb for not respecting the apex court’s order. “The SC issued a verdict and now you are talking about governor’s rule in Punjab. I suggest you read the law on governor’s rule once so that you understand the conditions under which it can be imposed,” he said.

Talking about the SC’s ruling on Punjab CM elections, Chaudhry said that the apex court’s decision was historic. “The judges had to endure political pressure and even threats. The way they have stood firm, such instances are rare in Pakistan.”

He continued that these were the same three judges who had passed a ruling three months ago which eventually led to Imran’s ouster as prime minister. “We have a lot of reservations about that decision. But this doesn’t mean we will go against the courts.”

Chaudhry further suggested Prime Minister Shehbaz Sharif should show “strength”, claiming that PML-N’s leadership had gone to pieces under pressure. “We [PTI] have a core committee meeting in which we will decide on bringing a change in Islamabad,” he said, adding that the party was more interested in holding fresh elections and wanted to discuss electoral reforms with other political parties.

To a question, Fawad said that they have Model Town case and 35 other cases against Sanaullah and threatened that the minister might be able to enter Punjab but not leave it. We have this option (of banning Sanaullah’s entry) open, he added.

PTI leader said that the political crisis in the country has not come to an end yet as he reiterated the demand for free and fair elections. He added that the new cabinet in Punjab would only be transitory, and eventually they have to go for fresh elections. PTI leader said that they would not dissolve Khyber Pakhtunkhwa (KP) and Punjab assemblies unless Prime Minister Shehbaz Sharif agrees on fresh
elections and bring all political parties on table for devising a framework for the fresh polls in Pakistan.

Fawad said that PTI has governments in Punjab and Khyber Pakhtunkhwa (KP) and only Capital Development Authority (CDA) [the civic body of Islamabad] is out of their bounds. He said that PML-N has evolved as Naraz League which would not help it to create the narrative as people seek a framework of the future from a political party. He ruled out that the elections in the country could be transparent with Chief Election Commissioner (CEC) Sultan Sikandar Raja in chair and demanded reconstitution of the top poll body.