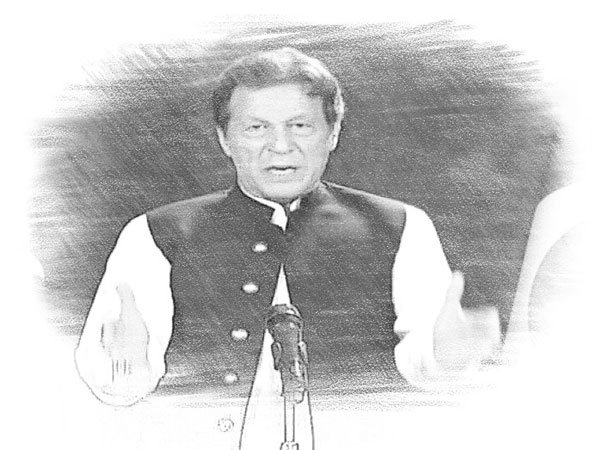 In his televised address to the nation, Imran said the people of Pakistan “have turned into a nation”, adding that the way the PTI emerged successful despite all the tactics employed by the ruling party was a miracle. Imran claimed that the country had the right economic indicators when he was in power and he had warned the ‘powerful quarters’ about it. “We were on a fast pace on the agricultural front with all four bumper crops witnessing progress,” he said, adding, “The way we tackled the situation during the Covid-19 pandemic was also admired by the international organisations.” “Pakistan was on an upward trajectory and that’s when a conspiracy was hatched against us,” he recalled. The PTI chief opined that timely elections would have saved the country from the economic crisis that it is facing today. He also took the Election Commission to task for its opposition to the electronic voting machines.

Imran added that the EVMs could have stopped uncountable ways of corruption but it was opposed. “We need a credible Election Commission that no political party has an issue with,” Imran maintained, insisting that if general elections were not called, then the economy will suffer more.

He recalled how the last time he witnessed a united country was during the 1965 war. “After that, I saw unity among people when the corrupt government was bestowed on us.” He claimed that the Election Commission of Pakistan (ECP), in connivance with PML-N leader Hamza Shahbaz, tried to defeat us [PTI] in the Punjab by-polls. He said that the coalition government “disrespected the public” by considering them “sheep and goats” and tried imposing “corrupt people” on them. Imran claimed that there is only one way for Pakistan to come out of the prevailing situation and that is to ensure fresh general elections in the country. 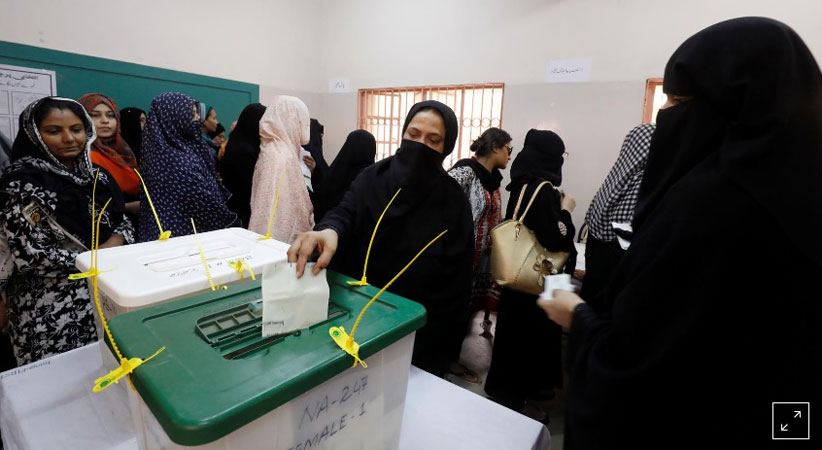 Earlier in the day, he took to his official Twitter handle to thank the nation for coming out last evening in support of the Supreme Court’s decision, which he claimed upheld the “Constitution and the law”.

His announcement came after the devastating blow to the nascent Shehbaz Sharif-led ruling coalition, as the apex court struck down Punjab Assembly Deputy Speaker Dost Muhammad Mazari’s ruling on the election of Punjab chief minister, paving the way for PTI’s selected Chaudhry Pervaiz Elahi to ascend to the throne in the country’s political heartland. Imran emphasized that the first thing he will do if he comes back into power will be to facilitate overseas Pakistanis. “They broke the record of remittances and were offered housing projects by the PTI government,” he said, adding that “We will bring their hard-earned dollars to the country so that the pressure is relieved off the rupee.” The ex-PM said, “We will not to go to the International Monetary Fund when rich overseas Pakistanis help us.” Imran blamed the Sindh government for quashing the plan of a modern city on an island where investors were willing to send dollars. The former prime minister concluded that the biggest problem of this country is the “rule of law”.

Imran also shed light on how he is not willing to talk to criminals. “Will you speak to someone who robs your home?” The former prime minister recalled that when the PTI announced its “Azadi March” on May 25, “they [coalition government] made all efforts to create hurdles for the families that came out to support the “Haqeeqi Azadi.” “Today, I want to thank the Almighty that despite all the impediments, people came out to show support rather than staying at home out of fear,” he said, adding that he was glad that the people of Pakistan started becoming a nation now.

“Throughout my life, I have witnessed such enthusiasm only once before and that was during the 1965 war; at that time, everybody thought that the nation was fighting. And now, I saw the same enthusiasm among the masses during the by-polls in the 20 constituencies of Punjab,” he said. Khan added that all efforts were made to defeat the PTI in the by-elections. “First of all, Hamza was illegally imposed on us” and even when he was ordered by the top court to refrain from using any state machinery and administration for personal gains, he used all of the aforementioned to rig the elections.